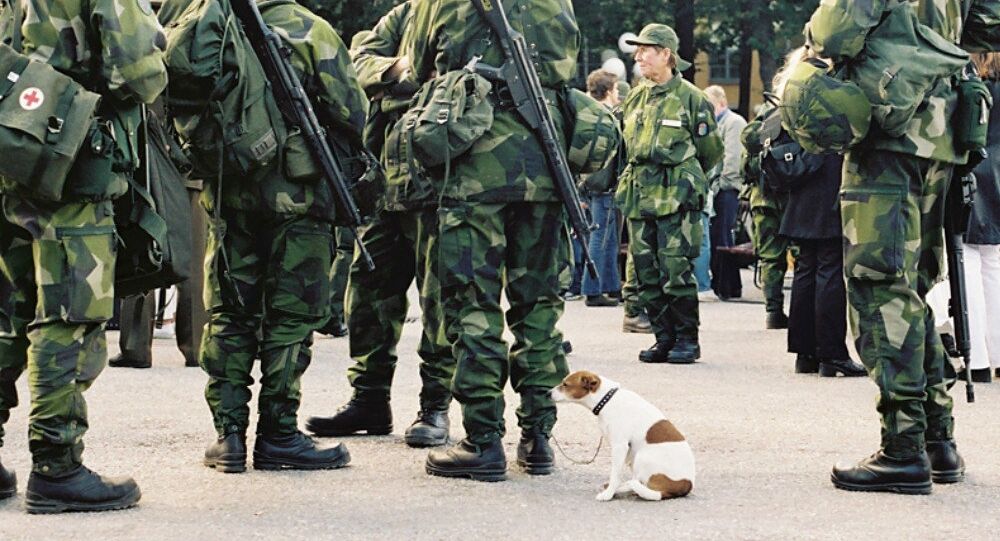 The left and the right generally have few topics they agree upon, especially in struggling, immigrant-immersed Sweden. Surprisingly, an "unholy" alliance between the Left Party and the far-right Sweden Democrats may sink the controversial NATO deal, on which Sweden's government has been pinning its hopes.

© Flickr / U.S. Pacific Command
Finnish Bread Buttered on Both Sides: Yes to US Exercises, No to NATO
In most contexts, the Left Party and the Sweden Democrats regard each other as sworn enemies, yet they have recently opened up to a temporary alliance against a "greater evil," as both intend to uphold Sweden's time-tested policy of non-alignment. This week, Sweden's parliament is set to decide on the so-called Host Nation Support Agreement (HNSA), which would allow NATO forces to conduct exercises on the country's territory and come to its aid in times of crisis.

Critics of the agreement suggest that the country is simply attempting to enter the North Atlantic Treaty through the back door. Earlier, Defense Minister Peter Hultqvist of the ruling Social Democratic Party, an ardent supporter of stronger ties with NATO, dismissed such opinions, calling them the "undergrowth of the debate." Hultqvist is also known for brushing aside the public's concern regarding NATO's eventual deployment of nuclear weapons. "It is not Moscow that governs Sweden's security policy," Hultqvist said, as quoted by Svenska Dagbladet.

© Flickr / Jonathan
Still Not Finn-ished: Cold War Over, Spying Against Finland Continues
However, the NATO agreement's critics fear that if it is voted through, it would represent the final nail in the coffin of Swedish neutrality and non-alignment. The government proposal clearly declared that Sweden would unequivocally support an EU country (the majority of which are NATO countries) in the event of an attack.

"International security must rest on international law, cooperation and a strong global regulatory framework under the UN leadership. The Left is strongly critical of how NATO struggles to take over a larger role at the expense of the United Nations. Instead of contributing troops to the EU's and NATO's forces, Sweden should prioritize enhancing the UN's peacekeeping efforts," Stig Henriksson of the Left Party wrote in an opinion piece in Göteborgs-Posten.

© AP Photo / Paul Madej, SCANPIX
Sweden and Finland Pretend to Fish for Russian Subs off Gotland
Another notable aspect of the NATO agreement is the weight that is placed on the regulatory framework for the construction of NATO bases in Sweden. This is equal to a green light to NATO's military infrastructure, wherefrom military operations against Russia may be conducted.

"Future NATO forces stationed on Swedish territory would only increase the tensions and thus the risk of war in our region," Stig Henriksson wrote.

Meanwhile, the NGO No to NATO has been gathering signatures to stop the controversial agreement and organizing rallies advocating non-alignment. A demonstration in central Stockholm on Saturday gathered thousands of campaigners, including high-profile politicians such as former Defense Minister Thage Petterson, a notable opponent of NATO.

​"The fall of the Berlin Wall kindled hopes that we would no longer worry about a new war in Europe. One lesson we drew from the Cold War was that Sweden strengthened peace in Europe by staying outside of NATO. Now, tensions in Europe have increased, which is not something we dreamt about. Instead, we dreamt of peace and detente," the former Social Democratic Defense Minister told the audience.

Petterson argued that Sweden's continuous involvement with NATO would only increase tension in Europe, whereas the much-debated Host Country Agreement could serve as a springboard to full membership.

© Flickr / Magnus Fröderberg
Only Fools Rush In: Sweden and Finland Barging Into NATO's 'Open Door'
​Of late, pressure on Sweden to join NATO has been intensifying due to a relentless campaign of the government and mainstream media, urging Swedes to embrace NATO as the only defense against "aggressive" Russia.

In July, Defense Minister Peter Hultqvist is set to join the NATO Summit in Warsaw. The idea was obviously to show that Sweden is delivering according to plan. Now there will be no fun trip to Poland.