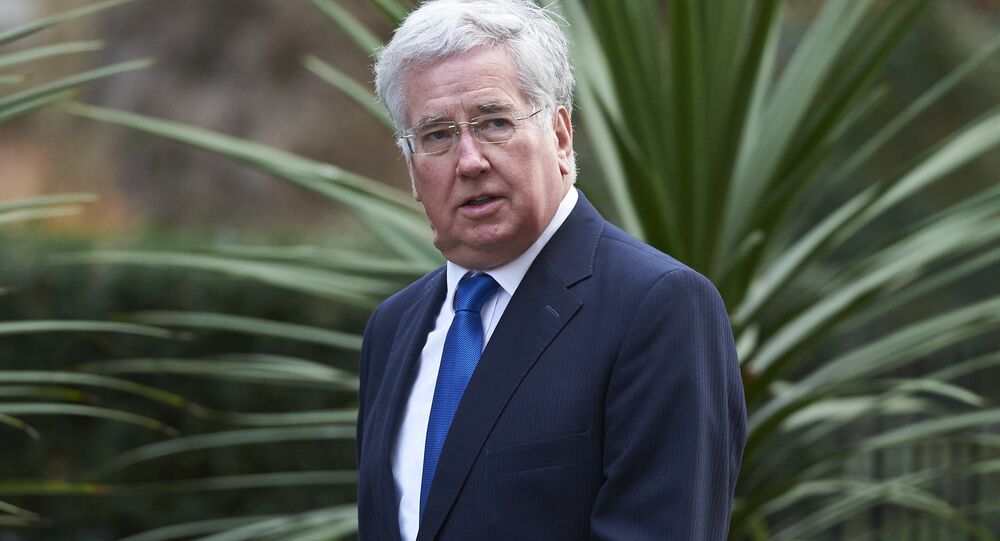 UK Secretary of State for Defence Michael Fallon stated that the United Kingdom walking away from its leading position in the European Union at a time when Europe needs to unify against Russia would be dangerous.

© Sputnik / Collage
EU, NATO Stronger Together, but Decision on Brexit Up to Brits - Alliance's Deputy Head
MOSCOW (Sputnik) — Russia is not neutral on the issue of the United Kingdom potentially leaving the European Union in the upcoming Brexit referendum as the United Kingdom used its position in the bloc to promote policies that hurt Russia, UK Secretary of State for Defence Michael Fallon said Tuesday.

"Russia is not neutral about Britain in Europe. It is Britain that has championed the open energy market that has reduced the dependence of the eastern states on Russian gas, it is Britain that has promoted association agreements through the European Union with former Soviet bloc countries, and we have taken the lead on sanctions," Fallon said in an address to a meeting of the UK Parliament Defence Committee dedicated to Russia's impact on UK defense and security.

© AFP 2021 / EMMANUEL DUNAND
UK Gov’t Playing on People’s Fears Ahead of Brexit Vote – Labour Leave Campaign
The United Kingdom walking away from its leading position in the European Union at a time when Europe needs to unify against Russia would be dangerous, he added, stressing that such a move would certainly be welcomed by Moscow.

On Monday, NATO Deputy Secretary General Alexander Vershbow spoke at the UK Parliament during his visit to London, where he said that the European Union and NATO are complimentary and are stronger together, but added that it is up to UK citizens to decide whether their country should remains in the bloc.

UK citizens are set to vote on June 23 in a referendum on the country's EU membership, after UK Prime Minister David Cameron and the leaders of the 27 other EU member states reached a deal in February to grant the United Kingdom a special status within the bloc.