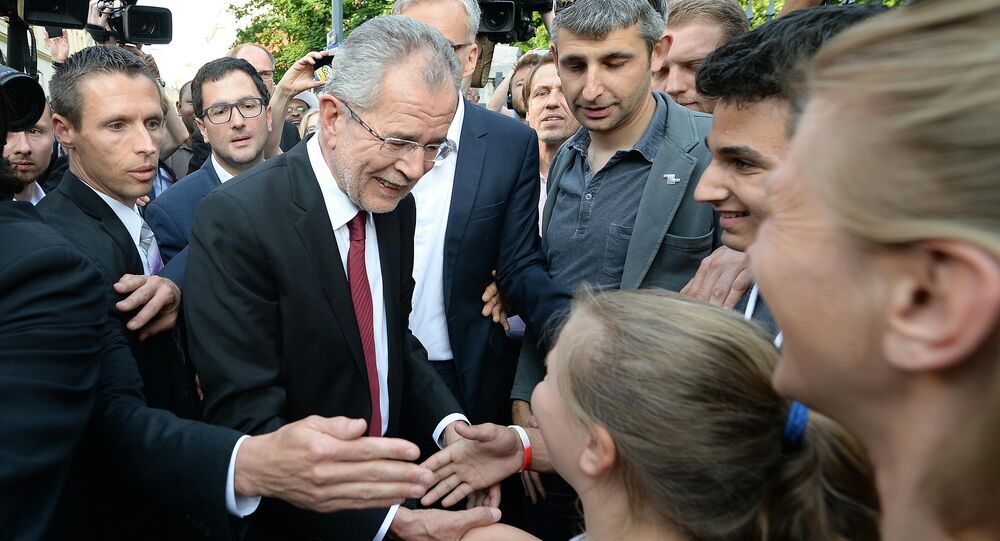 Austria should focus on strengthening economic ties with other countries under its new president, a spokeswoman for the Austrian People's Party (OVP) told Sputnik.

"The president is Austria's public image and therefore needs to focus on strengthening Austria's – economic – relations with others," Tamara Hausl said.

© AP Photo / Ronald Zak
Independent Candidate Van Der Bellen Wins Austria President Elections – Interior Ministry
Hausl pointed out that the country was already an important player on the export market and "the new president needs to encourage the country to stay on this international course, in Europe and worldwide."

"The OVP is of the strong opinion that only a flourishing economy can be a sound foundation for employment and social security. We aim to achieve economic advancement for our country in order to take the lead in international competition," the spokeswoman added.

The current presidential elections challenged the two-party political system that has dominated Austrian politics for the past several decades with no representative of the OVP and the Social Democratic Party (SPO) and making it to the second round. Van der Bellen’s rival in the elections was Norbert Hofer from the far-right Freedom Party.