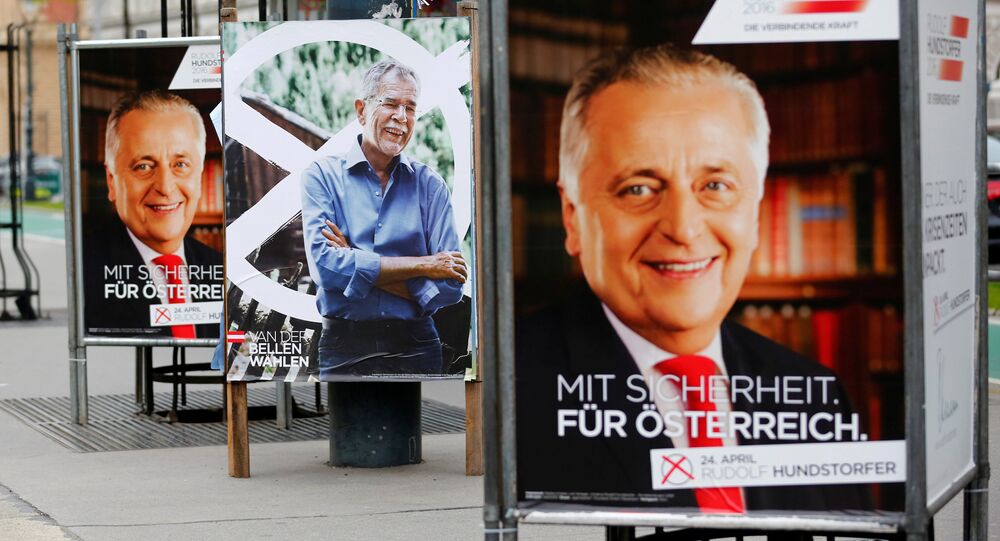 The results of the Austrian presidential elections, which saw independent candidate Alexander Van der Bellen beating his opponent Norbert Hofer from the far-right Freedom Party, show that Europeans are tired of Brussels establishment, an independent member of the European Parliament said Monday.

BRUSSELS (Sputnik) – Van der Bellen gained 50.3 percent of votes during the second round of presidential elections, while Hofer secured 49.7 percent of the votes, according to Austrian Interior Minister Wolfgang Sobotka.

"The media and our political opponents like to misrepresent what we stand for, but the voters can see through this and are looking for a new type of politics because the Brussels ruling elite and the stale, old parties of Europe have let them down," Janice Atkinson told RIA Novosti.

EU leaders, such as European Commission President Jean-Claude Juncker and European Parliament President Martin Schulz, "find the notion of the nation state, controlling immigration and our borders abhorrent but with the Austrian elections it became clear that nation state idea lives its Renaissance," Atkinson said.

Contrary to Hofer, Van der Bellen, who headed the Green Party between 1997 and 2008, supported caps on migrants introduced by the coalition government of the Social Democratic Party of Austria (SPO) and the Austrian People's Party (OVP).

The current presidential elections challenged the two-party political system that has dominated Austrian politics for the past several decades with no representative of the SPO and the OVP making it to the second round.