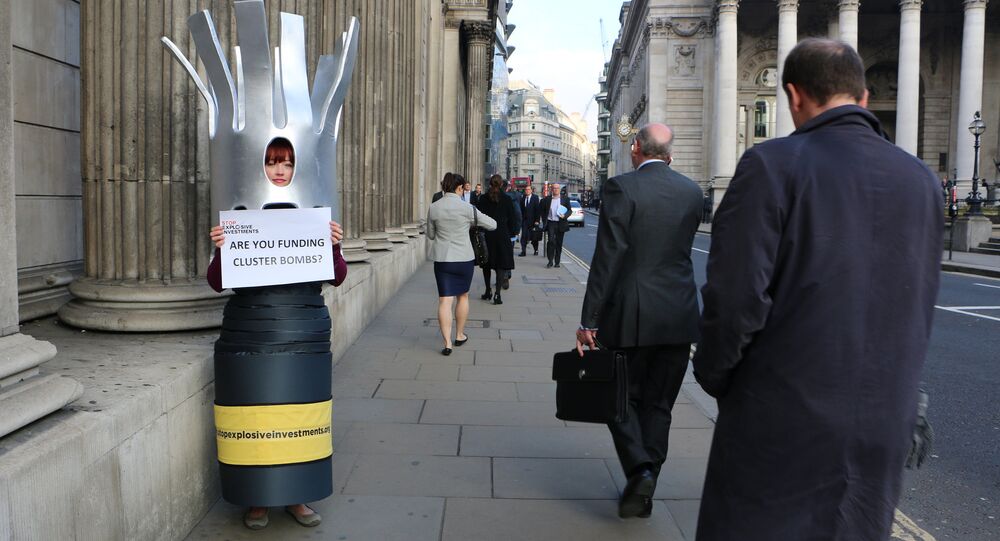 There is almost no chance to trace the cluster bombs sold by the United Kingdom years ago, which had reportedly been used by Saudi-led coalition forces in Yemen recently, a spokesperson for the British Campaign Against Arms Trade told Sputnik on Monday.

MOSCOW  (Sputnik) — Earlier in the day, Amnesty International said it had found the unexploded British-made cluster munition in a village in northern Yemen. Those munitions are designed to be used by Tornado jets, used by Saudi-led coalition forces in its anti-Houthis Yemen campaign.

"There is no such thing as arms control in a war zone, once a weapon has left the UK there is little if any control over what happens to it," Andrew Smith said.

"Despite its terrible human rights record, Saudi Arabia has been the largest buyer of UK arms for many years, it is likely that a lot of the weapons used in the destruction of Yemen were sold a long time ago," he continued.

© REUTERS / Khaled Abdullah
London Fuels 'Brutal War' in Yemen Supplying Riyadh With Cluster Bombs
Cluster munitions are explosive weapons that contain and release large numbers of smaller sub-munitions over a wide area. The use of cluster bombs is prohibited by the 2008 Convention on Cluster Munitions, which has been signed by 108 countries and ratified or acceded by 100.