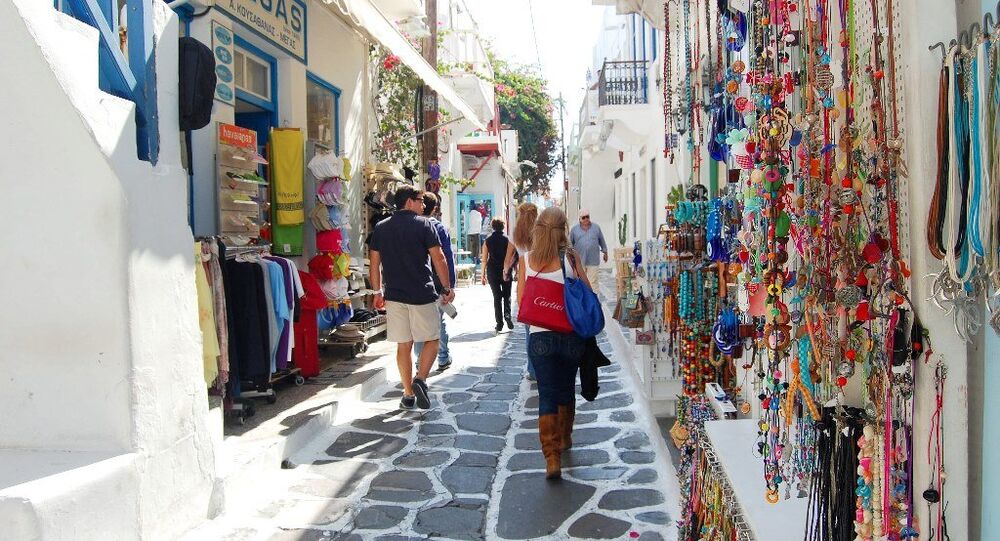 While Germany remains Greece's primary creditor and has called on the country to adopt tough austerity measures in return for bailout money, Germans themselves might actually help Greece out of the crisis as the country remains a favorite destination for tourists.

© Flickr / Jubilee Debt Campaign
Germany Wants to Postpone Decision on Debt Relief for Greece Until 2018
German tourists have kept their loyalty to Greece despite the refugee crisis and planned tax increases. The country remains a favorite holiday destination among German tourists.

"The booking figures are higher than those of the record summer 2015," a spokesman for the German Travel Association (DRV) said, cited by the magazine.

Although the sales to a number of Greek islands like Kos and Samos have declined, in particular due to a high number of refugees entering the country in the area, "the demand for Crete, Corfu and Rhodes, which are particularly popular with holidaymakers from Germany, on the other hand, has increased," the DRV spokesman said.

The popularity of the country has not even been affected by the fact that local services for tourists have become more expensive. For instance, beer, hotel accommodation and cigarettes will cost more due to a new austerity package approved by the government to get the country out of the debt crisis.

© AFP 2019 / Louisa Gouliamaki
Greece Prepared to Fight Germany for Debt Relief
The Greek debt crisis erupted in 2010 with a number of austerity packages adopted by the parliament and several bailout payments provided by the European Commission, the European Central Bank (ECB) and the International Monetary Fund (IMF). The loans, however, only resulted in increasing country's debt.

The last Greek bailout program expired on June 30, 2015. Under the latest package and after passing controversial austerity reforms, Greece awaits the next and second tranche of $6.5 billion under the European Stability Mechanism.