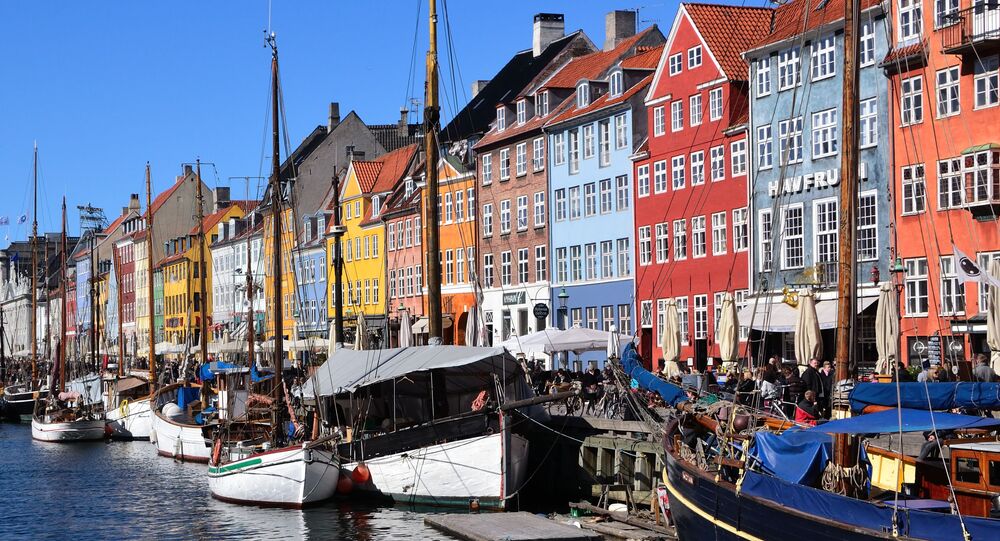 Very much like the rest of Scandinavia, Sweden has one of Europe's highest tax levels, which has spurred many big earners into resorting to dodgy tax evasion schemes. Whereas overseas offshoring has become a fixture, surprisingly, Sweden's neighbor country Denmark has proven to be a tax haven too.

© AFP 2020 / ATTA KENARE
Paydirt! Sweden Expects Oil Prices to Soar, Boosts Trade With Iran
A task group of four people set up by the Tax Agency in Malmö in 2015 managed to reclaim 65 million kronor (roughly 8 million dollars) to Swedish state coffers by investigating the board members of Swedish companies residing in Denmark. Board members have since been required to personally account for the loss of the tax money, Swedish Radio reported.

"The majority report and pay as they should. But what has come as a big surprise to many registered in Denmark is the Swedish rule of representation responsibility, which is not the same in Denmark," task group member Karsten Olsen told Swedish Radio.

© AP Photo / Thanassis Stavrakis
Pay the Man! Individual Cost Per Refugee Calculated in Sweden
In short, it means that the representatives of a limited liability company registered in Sweden may be held personally responsible for the company's tax liabilities if they deliberately or due to gross negligence fail to pay taxes.

"When the due date for tax payment is exceeded, we send a letter to the board that it is best that the company pays up in full, otherwise questions of personal responsibility may be raised," Olsen said, adding this praxis has proven rather effective.

© Flickr / Jennie McStotts
Scandinavian Matchmaking: Reunite Norway with Sweden, Norwegian Tycoon Says
Despite the task group's efforts, tax evasion remains a long-standing problem for the Swedish economy. According to last year's figures, about 46 billion krona (5.5 billion dollars) disappears from Sweden to tax havens each year, which is on par with the country's entire defense expenditure, the newspaper ETC wrote.

Although the tax authorities have become better at finding the concealed money, it has become increasingly difficult to estimate the exact volume of tax evasion. One of the reason is that Sweden in 2007 abolished its so-called "wealth registry," an individual-based registry controlling private assets and liabilities. Since 2012, Statistics Sweden has studied alternative sources and methods to be able to set up a reliably property registry again.