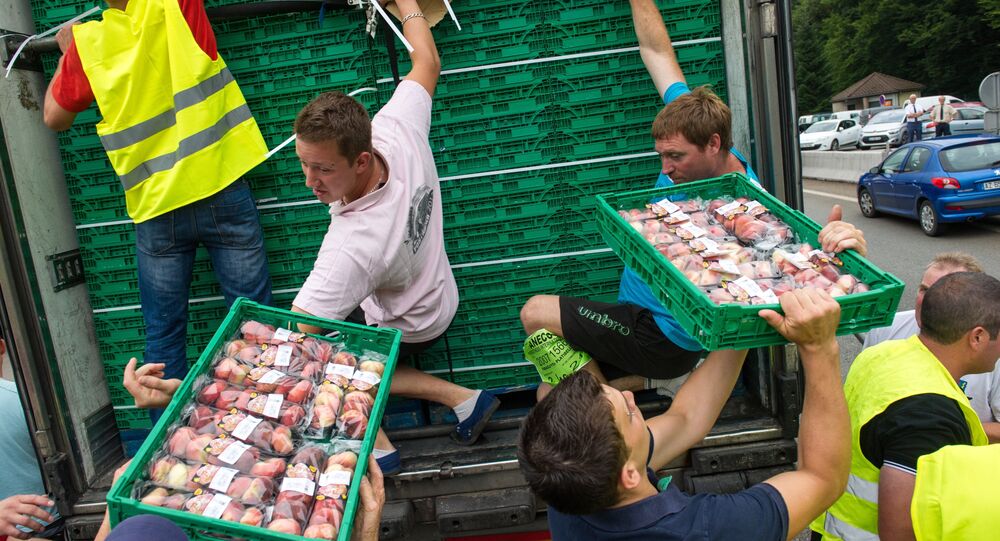 The European farmers’ association has urged the European Commission to find a way to prod Russian to lift its ban on food imports from Europe, La France Agricole reported.

In a statement issued after a meeting of EU agriculture ministers held earlier this week, Copa-Cogeca, the association of European farmers and agri-cooperatives, said that meat prices were now down to more than 40 percent compared to last year.

Copa-Codeca’s Vice President Henri Brichart said that reopening the [Russian] market should be imperative for the European Commission.

Moscow first introduced a ban on certain food imports in August 2014 in response to economic sanctions imposed by the United States, the European Union and their allies over Moscow's alleged participation in Ukraine crisis.

Fifty-five members of the French National Assembly have supported the resolution calling on the government not to extend the sanctions imposed on Russia by the EU.

Forty-four voted against and two abstained. Of the 577 deputies in the National Assembly, the lower house of the French parliament, 101 took part in the vote.

The document was represented by a member of the International Affairs Committee Thierry Mariani. He said that for France it was the moment of truth and that Europe was no longer a hostage of the Kiev junta, extending sanctions against Moscow.

The European Council is scheduled to meet this summer to discuss whether or not to prolong the sanctions it imposed on Russia two years ago.

Earlier this month the authorities in Lower Austria, one of the Austrian states, called for the removal of European sanctions against Russia. According to local politicians, the sanctions are harmful and useless since they have damaged local companies.

Additionally, on May 11 legislators from Germany's populist opposition party Alternative for Germany (AfD) called for scrapping sanctions against Russia, saying that they plan to send a relevant resolution to the government of the federal state of Baden-Wurttemberg.