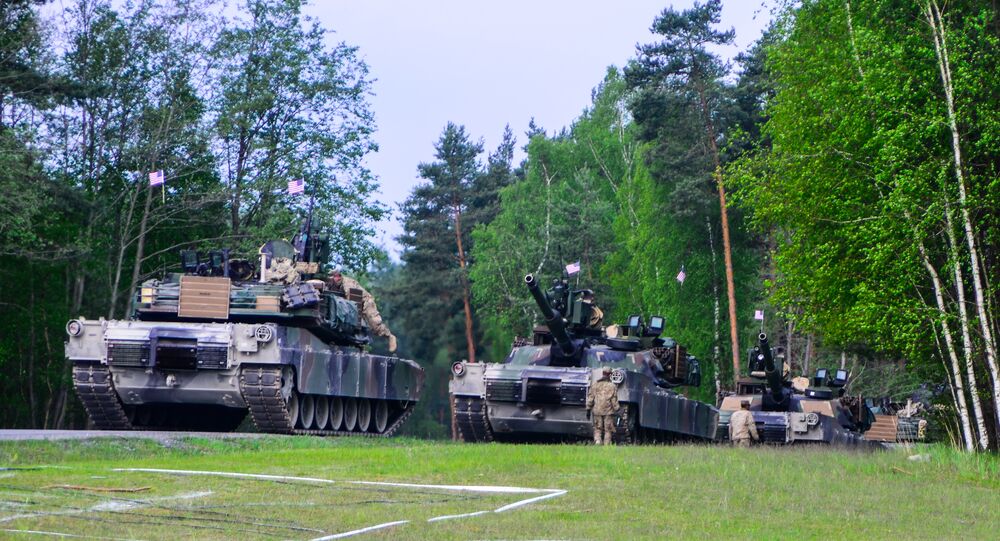 Organized to "foster military partnership while promoting NATO interoperability," according to the US Army website, the Strong Europe Tank Challenge was held at the Grafenwoehr Training Area in Germany earlier this month.

Six nations took part, including Denmark, Germany, Italy, Poland, and Slovenia, each of which sent a tank platoon to compete for first place. The United States, ever the heavy favorite, entered two platoons into the competition.

By competition’s end, however, the US teams failed to even place, with Germany winning, trailed by Denmark and Poland.

The games involved both offensive and defensive operations. Mounted events included identifying friendly and unfriendly vehicles, as well as towing operations, while unmounted activities involved shooting competitions with both pistols and machine guns.

For some military experts, the US Army’s failure to place in the competition points to the Pentagon’s shift away from conventional warfare tactics as part of its war on terror.

"Today, a major in the Army knows nothing but fighting terrorists and guerillas, because he came into the Army after 9/11," said Army Chief of Staff Mark Milley, according to Popular Mechanics.

"But as we get into the higher-end threats, our skills have atrophied over 15 years."

NATO Held No Talks With Moscow Before Announcing Russia-NATO Meeting