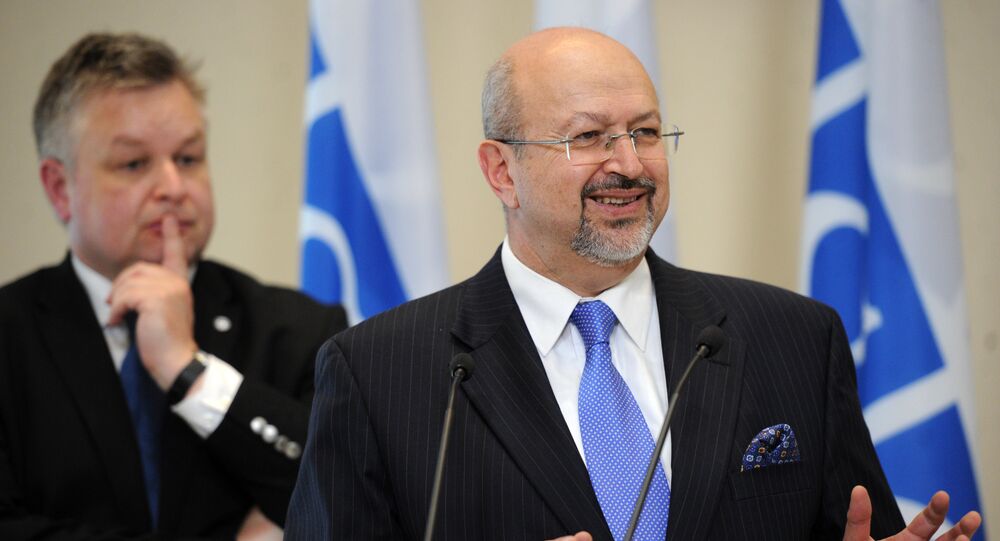 OSCE Secretary General Lamberto Zannier said that the organization is calling on all sides to the Ukrainian conflict to end ceasefire violations.

"I continue to appeal to both sides to stop these violations, because that will create a better climate for the political process," Zannier said.

In April 2014, Kiev launched military operations in Ukraine's southeast after local residents refused to recognize the new Ukrainian authorities, which came to power as a result of what they considered was a coup.

The Minsk deal on Ukrainian reconciliation was struck in February 2015 by Russia, Ukraine, Germany and France, which was later signed by Kiev and the pro-independence militias in southeastern Ukraine. The deal stipulates a full ceasefire and constitutional reforms.

Despite the fact that the agreement was reached over a year ago, major sections are yet to be completed and both sides have been accusing each other of violations of the deal.