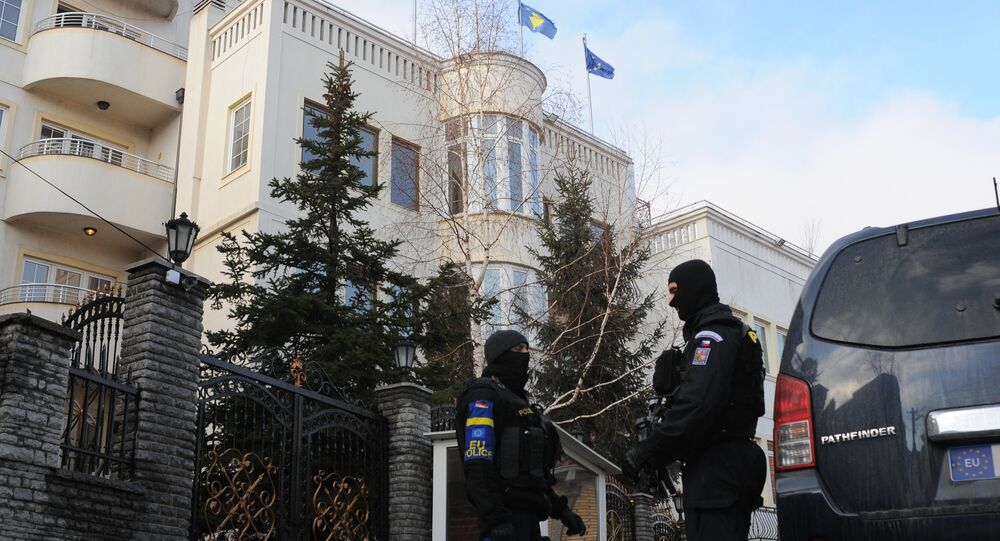 An EU prosecutor in Kosovo filed charges against 20 people, including the son of Ibrahim Rugova, former president of Kosovo from 2002-2006, for allegedly selling illegal Schengen visas between 2011 and 2014 for thousands of euros.

© AFP 2020 / ARMEND NIMANI
Alleged Ex-Bandit Thaci Inaugurated as New President of Kosovo
The case was opened back in February 2014, when police detained ten men, including Ukë Rugova, the deputy of the Kosovo Parliament and son of the ex-president of Kosovo. He was arrested after a search of his house exposed a few hundred photocopies of passports, visa forms, domestic passport copies, photographs and other documents.

Rugova was sent to a preliminary detention center for several months and was then kept under house arrest.

According to the police inspectors, customers were paying from 2,700 to up to 3,500 euros for a Schengen visa, although the standard price for a visa is around 60 euros.

The visa package consisted of false documents to be submitted and even had the approval of the Italian Embassy, where the criminals had their own people, including, as reported by the newspaper, one of the former ambassadors.

In addition, Rugova and his team are suspected of having links to organized crime and the trafficking of illegal migrants.