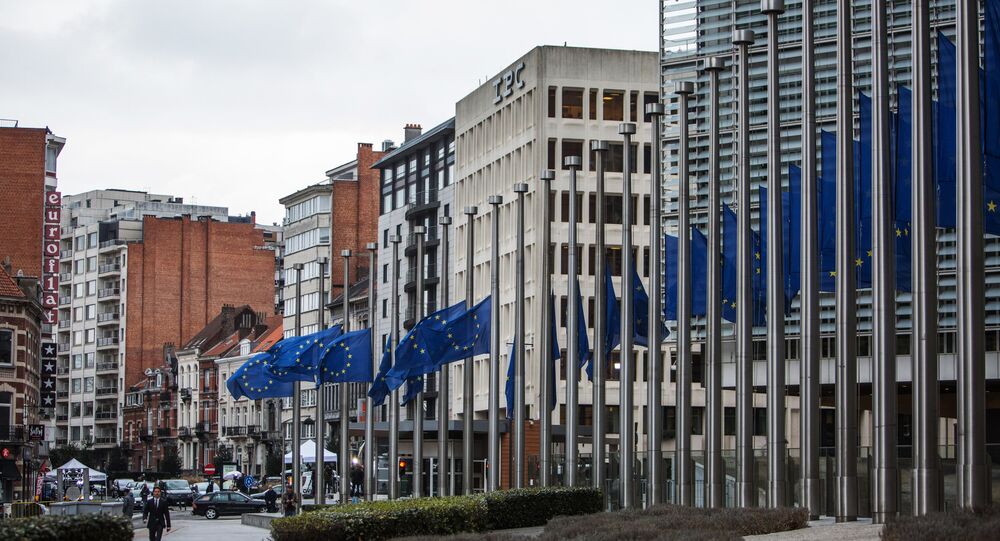 EU interior and migration ministers agreed Friday on an emergency brake mechanism that will make it easier to freeze visa-free travel deals with third countries, the EU Council said in a statement.

© Sputnik / Vitaliy Belousov
Refugee Crisis Could Affect Introduction of EU-Ukraine Visa-Free Regime
MOSCOW (Sputnik) — This comes as the European Union is negotiating visa-waiver programs with Turkey, Ukraine, Georgia and Kosovo and against the background of a widening migrant crisis.

"Visa liberalisation has great advantages for the EU and third countries. Yet we need an emergency brake for all visa free countries to make sure that visa liberalisation cannot be abused," Council President Klaas Dijkhoff was quoted in the statement as saying after the Brussels meeting.

Dijkhoff, who also serves as the Dutch migration minister, said he was "pleased" that ministers had agreed on a mechanism that would make it easier to act against abuse. Next stage would be discussing the plan with the European Parliament, he added.

The new mechanism sets out possible grounds for suspending free-travel agreements with non-EU members, such as an increased transit of third-country nationals through countries that the EU has agreements with.

Visa-Free Regime With Turkey May Increase Terrorist Risk in EU