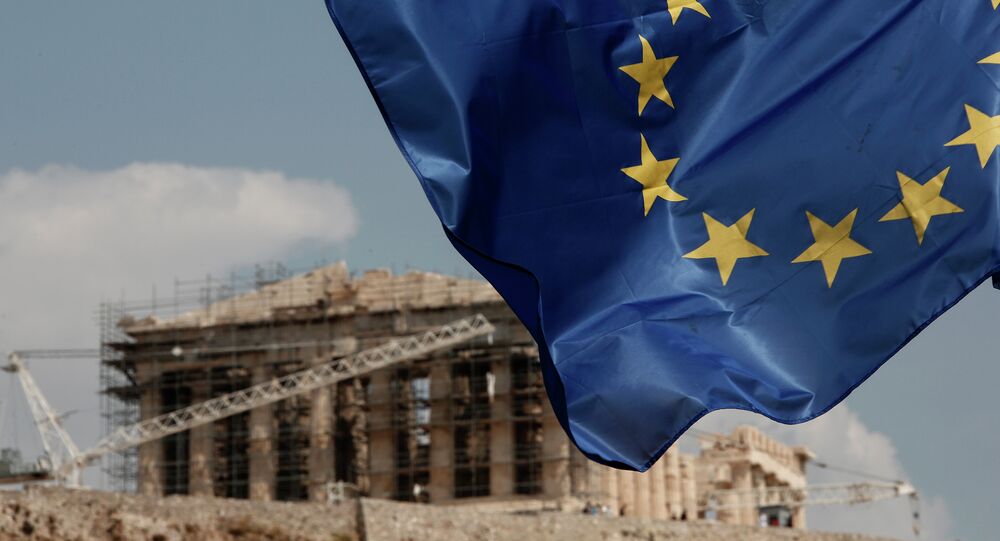 The EU and Greece have moved forward with negotiations on the reforms needed to advance financial assistance program.

"We welcome the recent progress made by the Eurogroup and the Greek authorities toward agreeing on the package that could pave the way for the completion of that first review under the ESM [European Stability Mechanism] program," Rice stated.

Rice noted that the IMF also welcomes the start of discussions on debt relief for Greece. "We see this as a positive development," he said.

The Greek debt crisis erupted in 2010 with a number of austerity packages adopted by the parliament and several bailout payments provided by the European Commission, the European Central Bank (ECB) and the International Monetary Fund (IMF). The loans, however, only resulted in increasing country’s debt.

EU Politicians on Mission to Greece Over Migrant Crisis