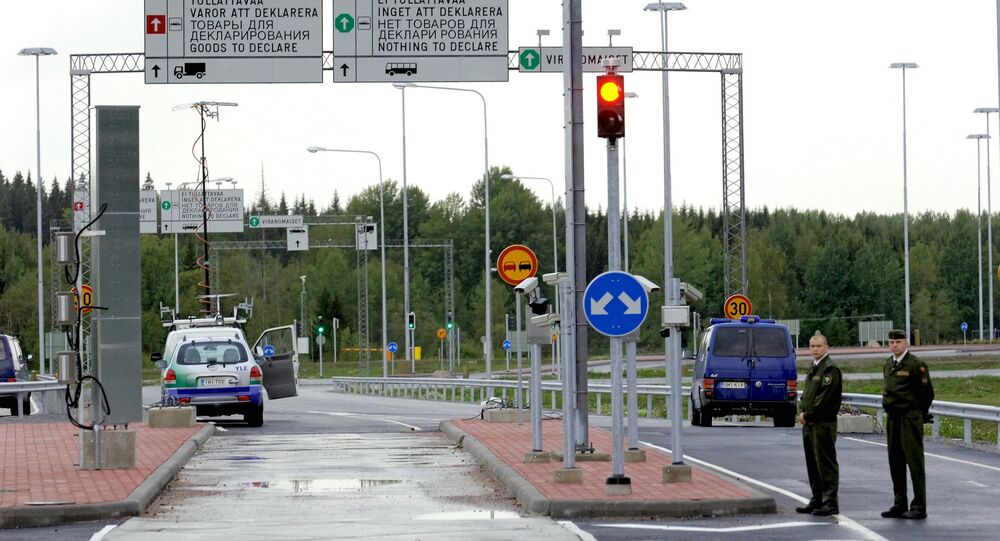 Southeast Finland Border Guard District Commander Ismo Kurki said that checkpoints on the Russian-Finnish border could be closed at night in order to save money.

"The Border Guard made internal studies to detect effective ways of saving. One of the ways is to limit working hours of border checkpoints," Kurki said, as quoted by the Yle broadcaster.

© AFP 2021 / PEKKA SAKKI / LEHTIKUVA
Finland-Russia Border Restrictions to Come Into Force on April 10
According to the commander, no decisions will be made until the agency consults with Russian counterparts and polls regular commuters. Kurki added that border closure at night could lead to traffic jams in the daytime.

Earlier, border crossing on the Russian-Finnish border was restricted as Moscow and Helsinki reserved the right to cross Russian-Finnish land border only for Russian, Belarusian and Finnish nationals in April. The deal was aimed at curbing the flow of migrants using the Russian territory to enter Finland.

Finland-Russia Border Restrictions to Come Into Force on April 10