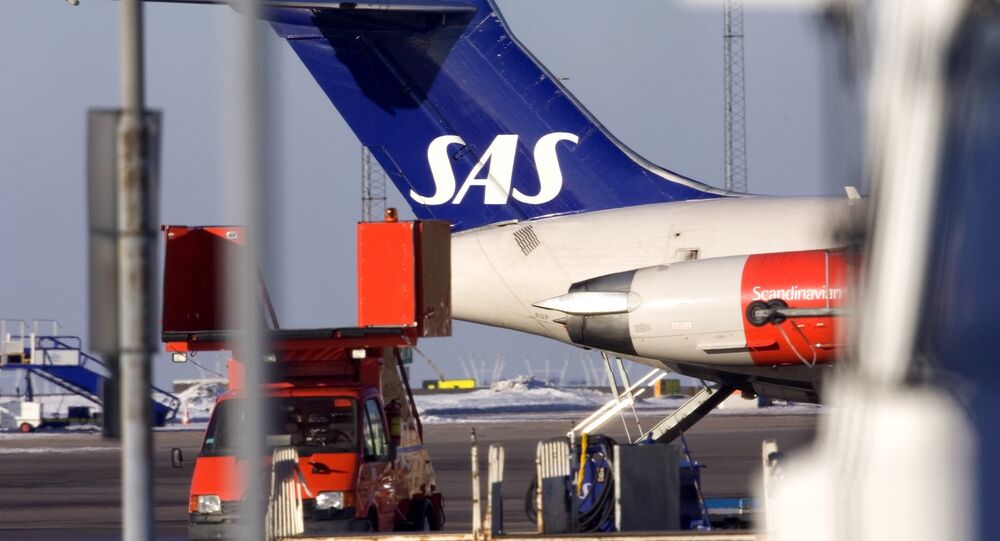 Sweden has been plunged into major traffic chaos today, as airspace over Stockholm and vast swaths of Sweden closed down following an IT failure of gigantic proportions. The problem is also reported to have affected the country's railways operator, whose booking system is currently out of order.

© Photo : skaraborgslanstidning.se
Cloudy With a Chance of Ikea Meatballs: Swedish Food Plant Poisons the Air
The unparalleled scale of technical problems has seen Sweden come to a full stop, as more than a half of the country's air traffic was grounded, the tabloid newspaper Expressen reported. The communication problem has hit a number of Swedish airports across the country, including Arlanda, Bromma, Skavsta, Kallax, Malmö and partly Landvetter.

"Planes from Gothenburg's Landvetter and Umeå to Stockholm are grounded, because we are trying to keep the skies clean. The planes that were in the air over Stockholm and were going down were forced to land by eye," said Åsa Öhman, press officer at the state company Swedavia, which is in charge of the country's airports; she also cited major problems with data communication in the air traffic control system.

Among other side-effects, football team Malmo FF got stuck in an aircraft about to depart, and got stranded at the airport instead.

© Flickr / Reid Rosenberg
Information Overload: Sweden Loses Billions Every Year Due to IT Trouble
At 1:30 pm local time, the Civil Aviation Authority announced the problem was localized and resolved, but also warned of a several-hour flight ban, which is expected to cause air traffic disorder and long delays throughout the day in numerous airports.

"It will take a while before we are running at full capacity," Per Fröberg, Press Officer at Civil Aviation Authority, told Aftonbladet, blaming a computer glitch that created major radar problems.

However, the underlying cause of the accident has not yet been made clear. Swedish Civil Contingencies Agency, MSB, is keeping track of the event, and it is not yet considered a police issue.

The technical problems with LFV radar facility is solved. The Air traffic is back to normal. However there can be some delays

"Somebody must now take responsibility for it to never happen again. These breakdowns have now occurred twice since November. If you shut down the airspace, the problems quickly snowball. Not to mention, a stoppage of only a few hours can cost millions," he told newspaper Kristianstadsbladet.