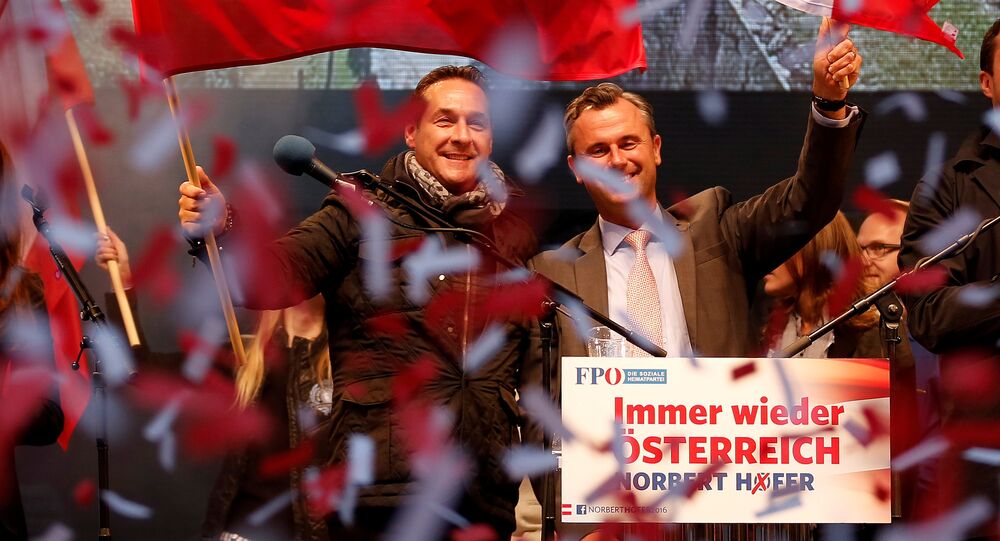 Austria's Presidential election on Sunday (22 May 2016) could see the rise of a right-wing leader, Norbert Hofer, and it's causing quite a stir in the EU.

The Freedom Party (FPO), Austrians right-wing political offering, has sent Europe into a state of upheaval, with their sudden surge in the polls.

Nobody within the EU camp could have possibly predicted the rise of Norbert Hofer and his comrades, however it seems this little surprise has not only stunned the EU, with the first round of presidential elections, but they have also created a slight problem for their critics by making it very difficult for Europe to speak out against them out of fear of it backfiring.

In April Austria's anti-immigrant Freedom Party won big in the first round of presidential elections.

The reason for their sudden popularity came from the country's growing concerns over the refugee crisis and the economy.

All of this prompted voters to abandon the ruling establishment. This led to the recent resignation of the leader of the government, and Social-Democratic Party, Chancellor Werner Faymann, who has openly admitted that there has been a surge in right-wing activity in the country. Faymann therefore, stepped aside to make room for what people in Austria want and ultimately what the EU dreads.

Right-wing popularity in Austria has thrown everyone off guard, Austria was one of the most stable centrist governments on the European continent. Faymann was the second-longest serving leader in the EU after Angela Merkel, but the right-wing Freedom Party has been building momentum and quietly growing for some time.

The Freedom Party, led by chairman Heinz-Christian Strache, has offered a mix of anti-EU and xenophobic tactics, which have worked well with the masses, and for the vote on May 22, the country now faces one of the biggest political shifts it has seen for a long-time.

The Freedom Party of Austria’s (FPÖ) candidate has won 36.4% of the vote – 16% more than the second most candidate. pic.twitter.com/2qytWhat59

To add further fuel to the fire, the EU have stepped up their game by requesting that the Austrian people vote for an alternative candidate for the presidential elections.

"I do not wish for the candidate of the FPO to become president of the republic of Austria. I wish for the Green Candidate to win," European Commission, President Jean-Claude Juncker said.

This type of intervention doesn't necessarily seem like a wise move, with voters choosing to ignore the EU's concerns and "wishes" and vote in the candidate they want anyway. However, if the FPO do win on Sunday, Austria will be joining a growing number of far-right movements in the EU, such as seen in Hungary, Denmark and France, and it is for this reason that the Europe camp is very concerned.