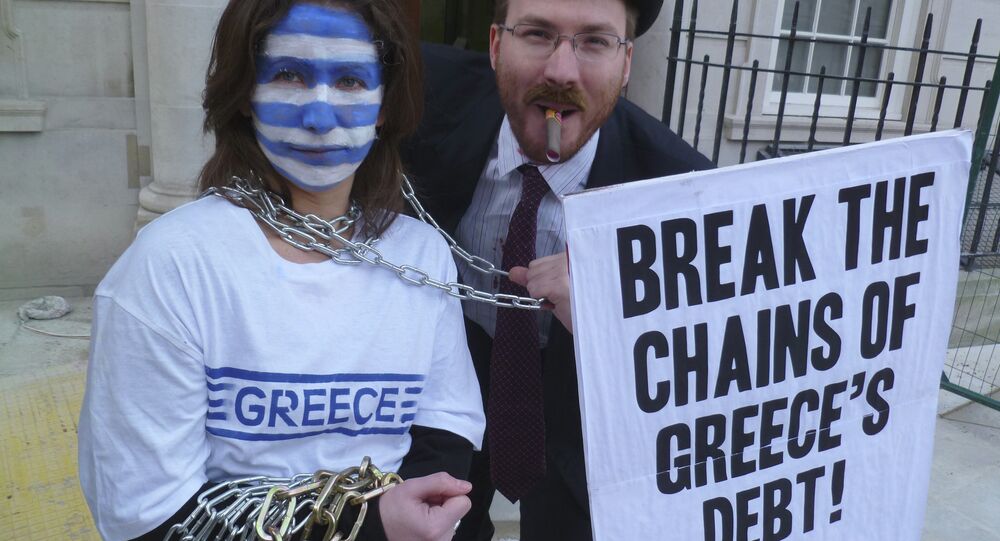 German Finance Minister wishes to postpone the decision on debt relief for Greece until 2018.

© Flickr / Truus, Bob & Jan too!
Greek Debt Relief Driving 'Deep Rift' Between France & Germany
Delaying debt relief until 2018 will allow Germany to avoid a parliamentary decision on the issue before next parliamentary elections scheduled for next autumn, the daily said.

The possible measures on the debt relief will "depend on full implementation of the [reform] program by 2018," according to Handelsblatt.

On Tuesday, the Wall Street Journal reported that the International Monetary Fund (IMF) called for the eurozone to free Greece from paying interest on bailout loans until 2040.

© AP Photo / Markus Schreiber
Germany Feels 'Deep Humanitarian Debt' to Refugees - Ambassador to Russia
On Wednesday, the Greek government submitted to the country’s parliament a bill that freed up the sale of banks' non-performing loans and sets up a new privatization fund with its foreign creditors – measures necessary for getting new bailout funding.

The Greek debt crisis erupted in 2010 with a number of austerity packages adopted by the parliament and several bailout payments provided by the European Commission, the European Central Bank (ECB) and the International Monetary Fund (IMF). The loans, however, only resulted in increasing country’s debt.