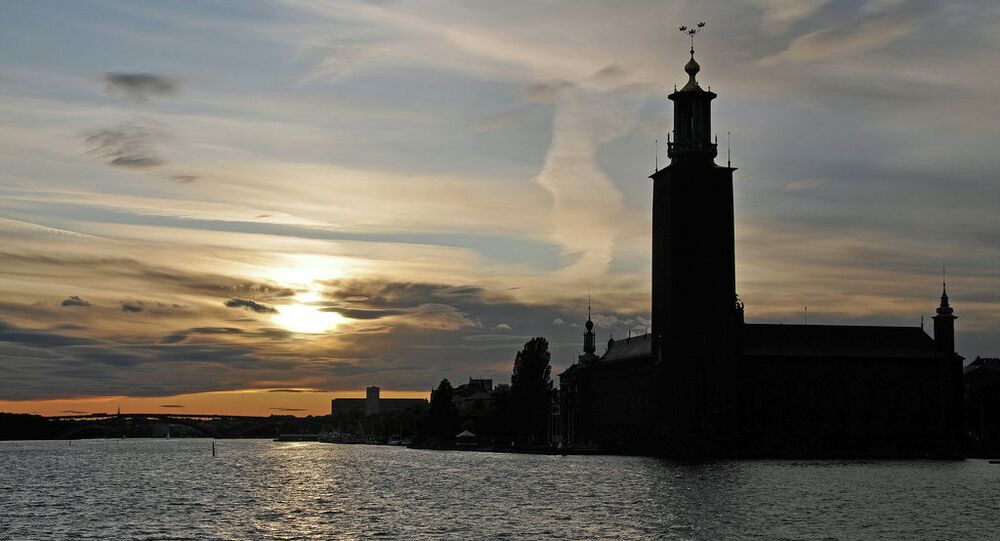 The Kingdom of Sweden is universally regarded as a free nation and a champion of human rights and freedom of speech, yet some of its citizens say they are being silenced as dissidents. "Sweden has a long history of correcting and repressing the writers and intellectuals," claims renowned writer Jan Myrdal.

Earlier in May, Bonnier Carlsen, a Swedish publisher, chastised cartoonist and writer Jan Lööf, telling him that he must self-censor his popular children's books if he ever hopes to see them published again. According to the publisher, his works deal with "stereotypical depictions of other cultures." The issue reminded many of other recent controversies of the same ilk and sparked a heated debate on whether or not freedom of speech really existed in the country.

"English has a word which makes it easier to recognize the phenomenon and to react sensibly, even for a small intellectual minority. But in Sweden we have no such word, only the traditional crippling practice," he told to the tabloid newspaper Expressen.

© Flickr / Bill Bradford
Sworn Friends: Freemasons Run Swedish City
According to Myrdal, it is not only about whitewashing children's books, or LGBT groups certifying public libraries and supervising Swede's social behavior, but the "general Swedish misery," as the whole nation "operates in a hinterland dominated by the public lie."

Myrdal stated that Sweden has a long history of repressing its intellectuals, arguing that Sweden is actually worse than the US during the McCarthy era, as the dissidents have no chance of breaking through the established ideological doctrines whatsoever. His viewpoint was echoed by none other than cult French novelist Michel Houellebecq, who was sued in 2002 for inciting racial hatred after stating that "when one reads the Koran, one feels appalled."

Sweden is one of the most anti-democratic countries. It's a real dictatorship. Impossible to think freely. Worse than France.

​"It would be inconceivable that a general cross-thinking intellectual like Noam Chomsky would have become and remain a member of a Swedish academic institution," Myrdal argued.

© AFP 2020 / FRANCISCO LEONG
'Angry, Irritated and Sad': Swedish King Bears Grudge Against Media Mockery
A few years ago, Tintin, the hero of many classic children's books, was reported for incitement to racial hatred when the African Swedish National Association demanded that Swedish bookshops and libraries remove the 1931 book "Tintin in the Congo" from their shelves. Later, the self-appointed inquisitors also "improved" the children's classic "Pippi Longstocking": her father Efraim Longstocking was "demoted" from "Negro King" to "King of Southern Seas" for the sake of political correctness. The same hypercorrection has been made in the film.

According to this year's survey by UK-based pollster YouGov, Sweden's left-wing media bias is among the most strident in Europe. This leads to a rather peculiar depiction of reality, with an increasing number of Swedes taking the media coverage with a pinch of salt. This year's study by US pollster Edelman revealed that only authoritarian Turkey had a lower level of media confidence out of the 28 countries surveyed.

Born in 1927 to Nobel Laureates Alva Myrdal and Gunnar Myrdal, Jan Myrdal is a Swedish author, political writer and columnist. He holds an honorary doctorate in literature from Upsala College in New Jersey, and a PhD from Nankai University in Tianjin, China.

Counting the Pennies: Sweden Gets Its First Financial Study on Refugees