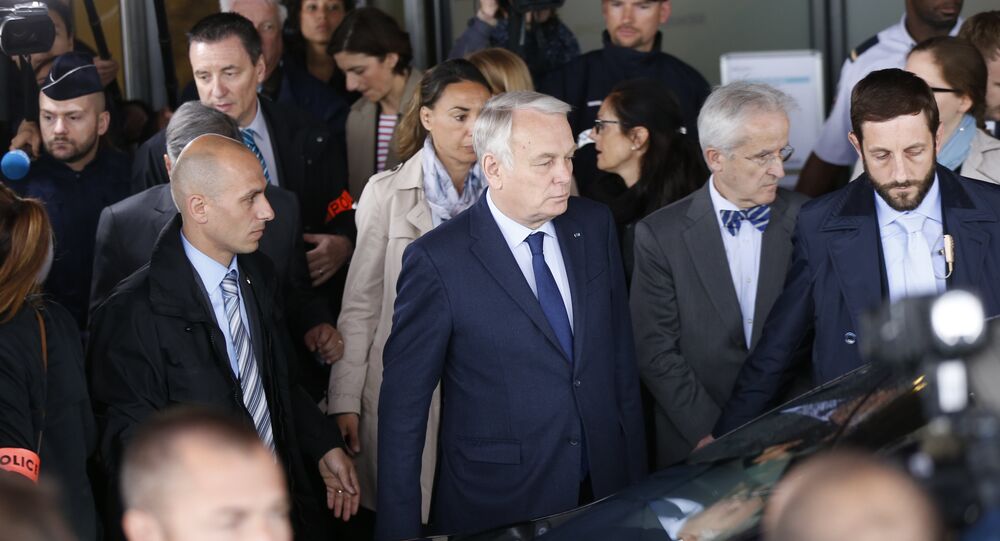 French Minister of Foreign Affairs Jean-Marc Ayrault arrived to a hotel near the Charles de Gaulle airport on Thursday where the families of the passengers of the crashed EgyptAir flight MS804 are temporarily staying.

PARIS (Sputnik) — The Minister of State for Transport, Marine Affairs and Fisheries Alain Vidalies was also present at the hotel.

#EgyptAir: French ForMin Jean-Marc Ayrault says "a lot of information circulating but nothing is confirmed." pic.twitter.com/nfuVbe8PmI

​"There is a lot of information, but nothing is confirmed. We know that there were 66 people on board, including 15 French nationals. It is necessary to be extremely careful while putting forward any theories now… I told the families of the passengers that I could not provide them with the information that I do not have, and we need to respect their feelings and check all the assumptions," Ayrault said outside the hotel.

Those family members who want to travel to Cairo will be provided with free seats on planes departing from Paris later on Thursday, he added.

EgyptAir flight MS804 departed from the Charles de Gaulle Airport in Paris at 23:09 GMT. The aircraft was heading for Cairo International Airport. It disappeared from the radars at 12:39 GMT.