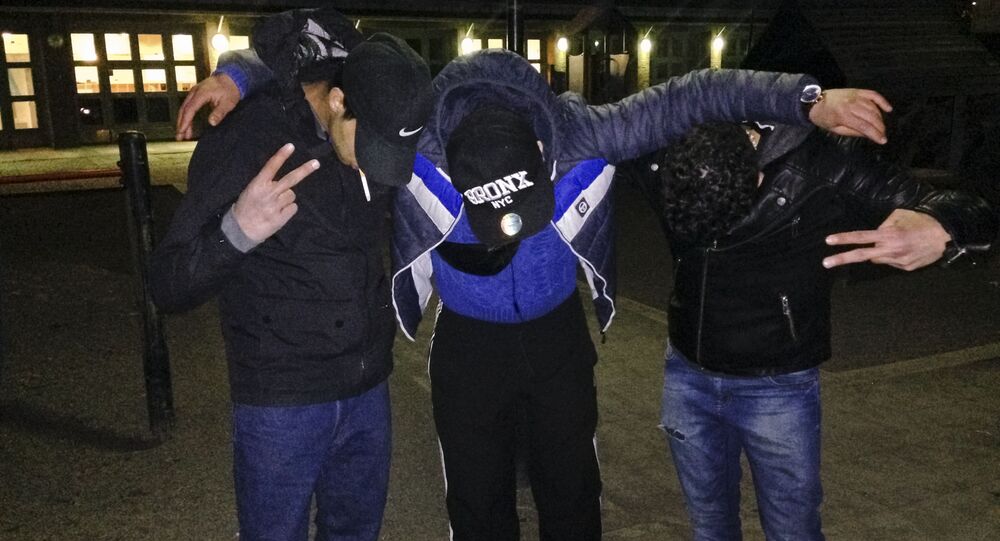 Refugee children and other immigrant groups were responsible for at least 80 percent of the sexual molestation cases reported in Swedish swimming pools and bathhouses last year, says a recent police report, which at the same time blamed Nordic "alcohol culture" for the spike in sexual abuse.

© Flickr / Ninα
All Crime, No Punishment: Welfare-Friendly Sweden Gripped by Urban Ghetto Violence
Contradicting the Swedish media's policy of whitewashing the ills of immigration while portraying it as "positive", "wholesome for society" and "helpful for the economy," police had to acknowledge that a large number of perpetrators in various types of sex-related harassment and abuse were of foreign origin.

"In 80 percent of the complaints from the swimming pools and public baths, the perpetrators were of declared or established foreign origin. Most lacked a Swedish ID, and reports indicated that they belonged to various groups of asylum seekers," the police said in their report.

© Flickr / Claus Tom Christensen
'Recipe for Integration'? Segregated Swimming Hours Big Hit in Denmark
Overall, the report is rather grim reading, indicating how sexual crimes and insecurity among women exploded in Sweden in the aftermath of the country's bungled immigration policy and ensuing refugee chaos, noted the newspaper Fria Tider, which is habitually stigmatized by the mainstream media as "far-right" for its anti-migration stance.

Thus, in 2015, nearly 60 percent of the sexual offenses in public places were committed against teenage girls under 15. The youngest victims were only six years old, with the majority being age 10-13.

The police acknowledged that harassment in bathhouses and other public places "have created a sense of helplessness, whereas the girls affected feel deeply offended and too scared to go out."

© Flickr / kai.bates
No Means No: Growing Insecurity Compels Danish Girls to Learn Self-Defense
However, the police blamed the outbreak of sexual violence against Swedish girls and women on "Nordic drinking culture" in a feminist disclaimer to the report published on Monday.

"Sweden is at the top of the new EU Statistics on physical and sexual violence against women, sexual harassment and stalking," acknowledged the police in the annex to the report, which is in stark contrast to the more fact-oriented report itself, which clearly identifies "underage asylum seekers" and "foreign men" as the major perpetrators.

The police cited a ground-breaking report by the European Union Agency for Fundamental Rights, which incidentally placed the Nordic countries at the very top with regards to sexual harassment and the abuse of women, yet failed to identify Scandinavian drinking habits as a particular reason.