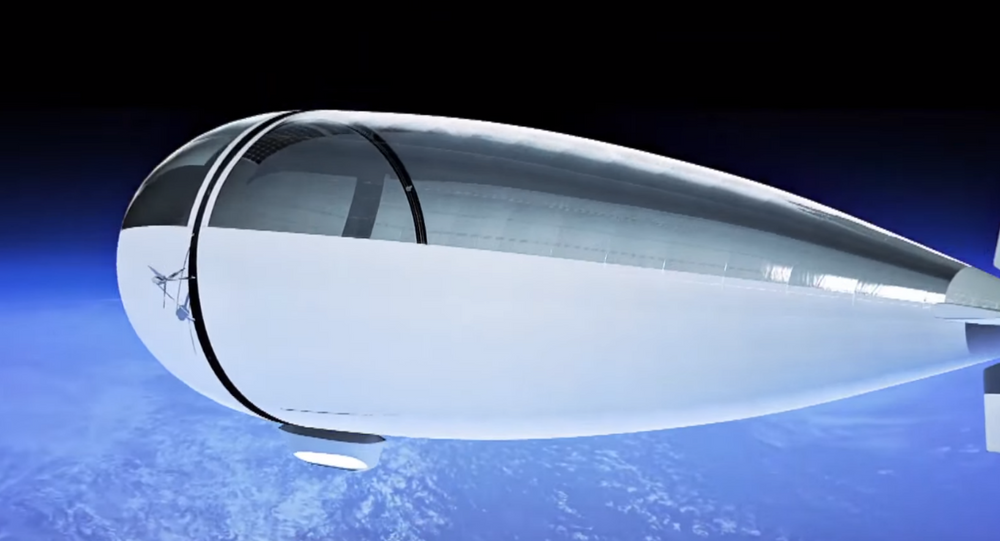 If you thought surveillance drones were unnerving, a French-Italian aerospace company is now producing an unmanned blimp to monitor the ground from space.

One good thing can be said for government-operated spy UAVs: they have to land occasionally. But Thales Alenia Space, an aerospace manufacturer, is hoping to take the utility of a Predator drone and apply it to a long-lasting dirigible.

They call it a Stratobus, and it’s a five-ton solar-powered inflatable airship that can remain aloft in the Earth’s upper atmosphere for up five years at a time.

"Using only solar energy and green technologies, Stratobus has a very small carbon footprint – much smaller than that of a small private plane."

Capable of reaching a height of 12.4 miles, the blimp would have a surveillance range of roughly 310 miles. This makes it ideal for "secur[ing] industrial sites, border monitoring, [and] early detection of piracy at sea," as well as environmental concerns like "detection of maritime pollution, weather measurements, [and] maritime traffic management," according to the company website.

An onboard propulsion system allows the airship to maintain stability, and it also has a state-of-the-art ring around the vessel ensuring that solar panels always face the sun. This innovation makes the Stratobus different from similar projects currently being pursued in the United States.

"The solar concentrator and the ring that enables rotation of the envelope are significant difference, maximizing power-to-weight ratio and reducing size," Cassel said in an interview posted to the company website.

"The envelope can be folded up and placed in a 40-foot container, which means it was designed for easy transport. It is both lighter and stronger than the stratospheric airship projects soon to be introduced in the States."

The US military doesn’t have a great track record when it comes to surveillance blimps, and should take note. Its JLENS program endured withering scrutiny after one of the $1-billion balloons broke loose from its moorings and led F-16s on a pursuit across the Eastern seaboard, before crash-landing in Pennsylvania.

'Like What You See?': DARPA to Use Museum Exhibit to Recruit Talent