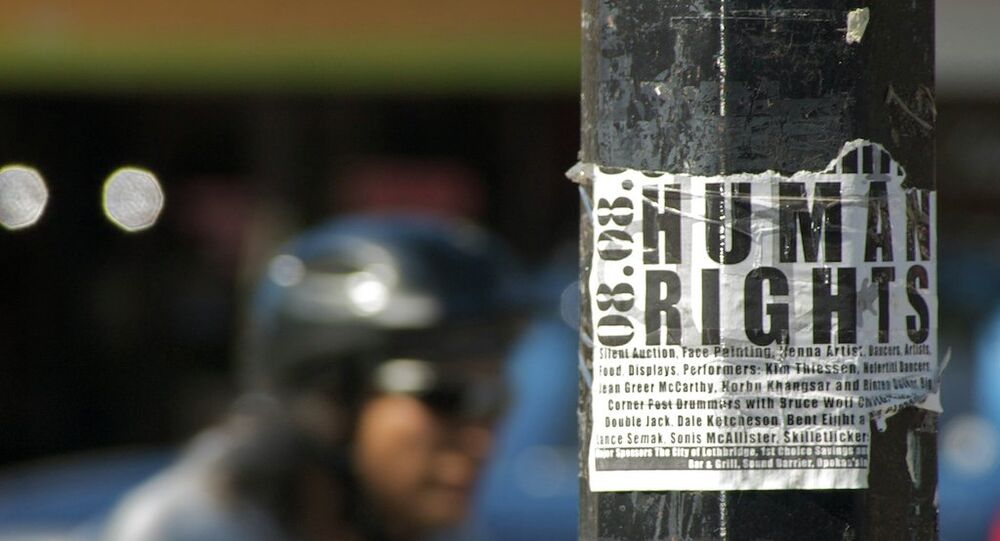 The Irish republican party Sinn Fein will oppose the British Bill of Rights, a representative of the party in the European Parliament said Wednesday.

© AP Photo / Peter Morrison
Sinn Fein to Seek Extra $2.4Bln for N Ireland after UK General Elections
EDINBURGH (Sputnik) — The Irish republican party Sinn Fein will oppose the British Bill of Rights as it undermines the Anglo-Irish peace process by breaching the Good Friday Agreement, a representative of the party in the European Parliament said Wednesday.

"The 1998 Human Rights Act underpins the Good Friday Agreement, the internationally recognised peace treaty which helped usher in peace and power-sharing in the north of Ireland and is lodged formally with the United Nations," Martina Anderson said in a statement.

Anderson added that Sinn Fein sought specifically commissioned legal advice on the issue and its outcome confirmed that "a repeal of the Human Rights Act risks not only breaching the Good Friday Agreement in a technical sense, but infringing its spirit and leading to a loss of faith in the British Government's commitment to the peace process."

UK Prime Minister David Cameron announced in November he planned to replace the UK Human Rights Act as part of Britain’s initiative to reform its ties with the European Union.

Earlier in the day, Queen Elizabeth II said in a speech to the parliament outlining the country's policy for the next year that "proposals will be brought forward for a British Bill of Rights."