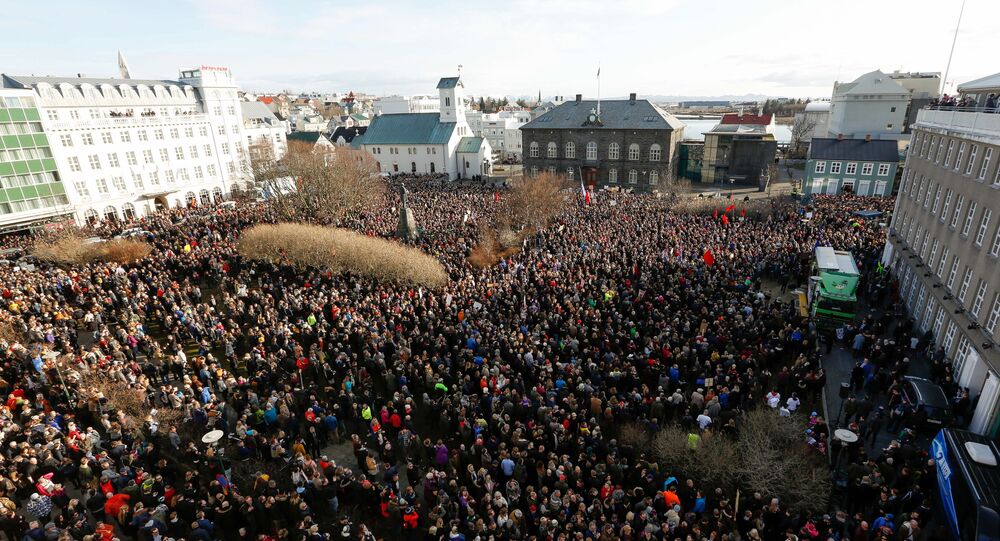 Iceland's Pirate Party, which already has three parliamentary seats, is currently more popular than mainstream parties in Iceland because it is trying more seriously to reform democracy than other parties, Asta Helgadottir told Radio Sputnik.

The Pirate Party is enjoying greater popularity than the mainstream parties in Iceland because its members and MP's are working hard to make a better-functioning democracy, Pirate Party member Asta Helgadottir told Radio Sputnik.

​"I believe it has to do both with that we are doing really good work in parliament, we are trying to find alternative ways of making democracy function, and we have been criticizing the establishment and the system as a whole," Helgadottir explained.

The party currently has three seats in the 63-seat parliament, but eight of ten recent polls put them in the lead, showing they have more support than all the other parliamentary parties.

As a result, it has been awarded 35 percent of the state funding pool of 290 million Icelandic krona ($2.3 million), for general elections in November.

"Some of that support we are getting is basically just people who don't really believe in the other parties any more, and I don't know if we are going to continue to actually have them because new parties are being established right now and people that have been supporting us may go to the new parties, or may even go back to the parties they had been supporting before," Helgadottir said.

© Flickr / jamie_okeefe
Iceland's Pirate Party Dominates Opinion Polls Once Again
Helgadottir said that many Icelanders are dissatisfied with the performance of establishment politicians since the financial crisis of 2008, following which many reform promises were made that weren't kept.

"The current power bloc in Icelandic politics has not really been providing this democratic change that the uprising in 2008 and 2009, following the financial crisis, was promised."

Several corruption scandals have also taken their toll on public trust in politicians, who are perceived to not bear the consequences of their actions, Helgadottir said.

"The Prime Minister had to resign, but only as Prime Minister so he will be taking a seat tomorrow as a fully functional MP again. People who have been affiliated with some scandals, with some clear corruption, have not been taking political responsibility in a way that we would see in other countries, so I believe that is something that disappoints people more than anything else."