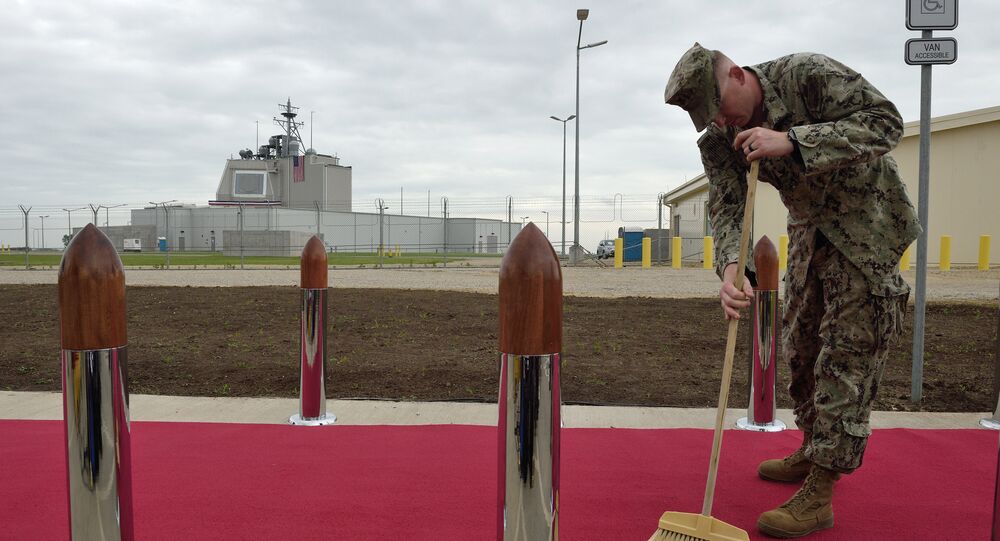 Commenting on the recent deployment of the US missile defense system in Romania, German conflict researcher Hans-Joachim Spanger has evaluated the system as “too expensive, inefficient and a totally wrong response to a perceived threat.”

© Sputnik / Alexander Vilf
US Missile Defense in Eastern Europe: How Russia Will Respond
Last week the US launched a new ground-based missile defense system in Romania, sparking intense criticism from many military experts.

The most recent comments came from Hans-Joachim Spanger, conflict researcher at the Hessian Foundation for Peace and Conflict Studies (HSFK), one of the most established German institutions in the field of peace and conflict research.

Referring to the declared aim of the US that “the shield is directed against rogue states like Iran and not intended to target Moscow's missiles,” Spanger explained that it is almost impossible that Tehran would actually attack European targets or US bases in Europe as it would ignite a military conflict and to the biggest casualty would most likely be Iran itself.

© Flickr / US Army Corps of Engineers Europe District
Costly US Missile Defense Systems in Romania, Poland Unlikely to Work
In addition, the system is fantastically overpriced.

The researcher noted that around $1.6 billion has been allocated for the deployment of the bases in Romania and Poland, and this is only a part of the upcoming expenses.

Additional funds need to be found each year for its’ operations and maintenance. The base in Romania is housed at a US naval facility in Deveselu and about 130 US sailors will be stationed there to man it.

However, NATO has not revealed the overall size of the upcoming expenses which is why it is impossible to calculate the final cost of the anti-missile system in Europe.

The expert also says that since 2002 Washington has already invested around $40 billion to protect the US and the European NATO countries against possible missile attacks.

Therefore Spanger says that the military might have discovered a “gap in the defense system” and the defense companies rushed in to supply weapons.

“And all that is just because the US wants to be invulnerable,” he says.

© REUTERS / Francois Lenoir
Obama Launches Military Buildup Along Russia’s Borders Out of ‘Total Panic’
However experts do not believe that Europe or the US could secure themselves through more weapons. They need to do it through political decisions and negotiations with Iran on disarmament.

Previously, experts have told Sputnik that the costly US systems are unlikely to work.

The end result would probably be that the Aegis deployment would trap Russia and NATO member states alike in an expensive and exhausting new round of weapons deployments that none on either side really wanted or needed, Antiwar.com senior analyst Jason Ditz told Sputnik.

He added that Russia could counter the Aegis strategic buildup cost-effectively at far less effort than Pentagon planners had exerted to deploy it in the first place.