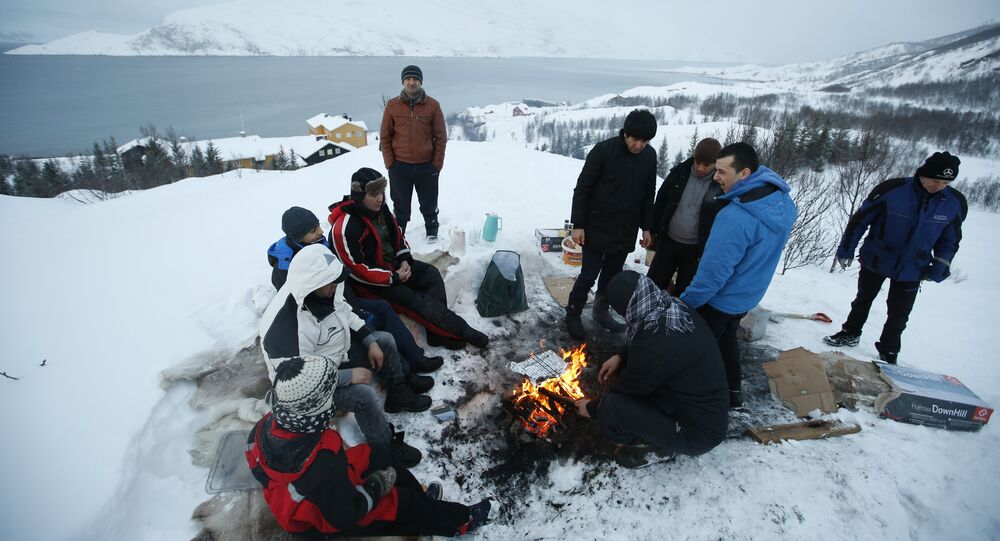 'In Afghanistan We Are Killed With Arms, in Norway – Psychologically’

Ghutay Ghutay, who several years ago fled to Norway from Afghanistan and is now working for the Norwegian Directorate of Immigration (UDI) has spoken to Sputnik Dari about the poor conditions of the country’s refugee camps: “it is a place where refugees are being killed morally, humiliated and punished.”

© REUTERS / Marko Djurica
Soros-Funded NGOs ‘Whisper Into EU’s Ear’ to Encourage Refugee Influx
“Many teenagers are seriously ill and are not provided with the necessary medical aid,” Ghutay Ghutay, who works as an interpreter for the Norwegian Directorate of Immigration (UDI) and comes to refugee camps for regular inspections, has told Sputnik Dari.

“One teenager has been suffering from tuberculosis for seven months already, he is coughing with blood but the medics robotically repeat the same clichés: wait for a couple of weeks,” she said.

There is no end to his sufferings, she added, and many of his relatives and friends have resigned themselves to his ultimate death.

Two other teenagers have broken legs after they were beaten by police on the way from Bulgaria, she said.

Ghutay Ghutay helped them to call for a doctor, but they were advised there would be a five to six-week wait.

Medical assistance is being provided a full two months after the first visit to a doctor.

© AP Photo
From Refugees to Cold War II: Europe Pays the Price for US Adventurism
She also said that the Norwegian immigration policy has changed a lot in the last few years. The refugees are complaining about the food: they are Muslims and do not eat certain food. However they are either being fed forcefully or are being left with just crumbs.

The refugee benefits are scarce, and only half of the refugees qualify for them. The majority have to walk in ragged footwear and torn clothes.

She also noted that she has appealed to Norwegian, Ukrainian and British media as well as Afghan media in Norway, but has received no response.

The media there is only interested in reporting on the distribution of humanitarian aid, she noted.

She added that she wants her interview to be published for the Afghanistan president, his allies and the international community to hear the voices of those who had left their home country in the hope to live without war and receive a higher education, but their expectations differ vastly from the reality that they encounter.