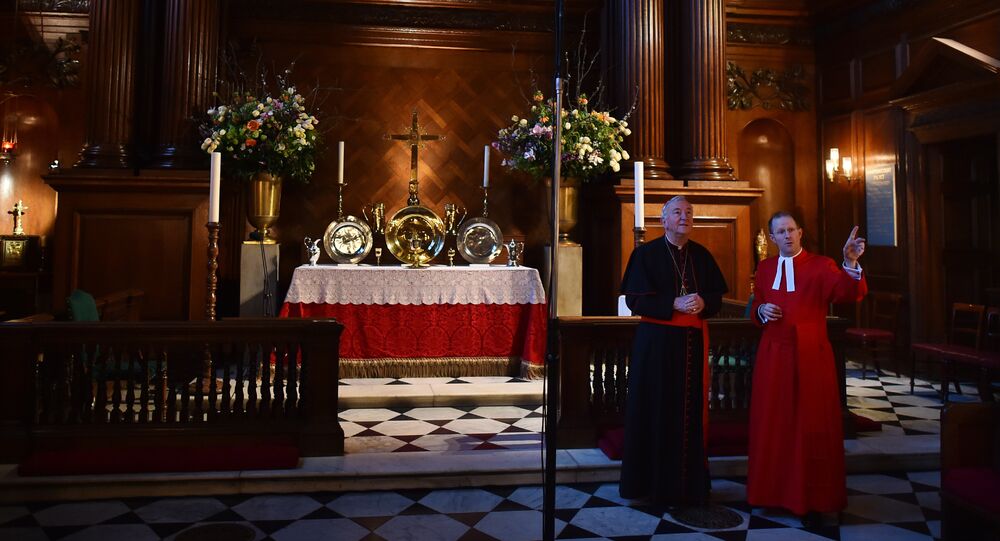 As the UK housing market reaches crisis point for many people unable to buy a home and homelessness jumps to record levels, the Church of England reveals it made billions of dollars from real estate, while investing in companies accused of tax avoidance in the UK.

In just over two decades, Church coffers have grown from around US$3.4 billion to US$10 billion; of which US$5.75 billion were in equity holdings the rest in land, forests and real estate, according to the Church Commissioners' annual 2015 report, titled 'Investing in the Church’s growth'.

Controversially, included in the Church's list of most valuable equity assets is the holding company of Google, known as Alphabet Inc. The Church has already been criticized by some MPs for investing in Google and its links to "aggressive tax avoidance."

Pharmaceutical giant AstraZenica Plc and Vodafone Group are also included in the Church's top 20 most valuable equity holdings; both companies were found to have paid zero corporation tax in 2014.

The report does not specify the amount — but in 2011 the Church's investment in Google was listed as US$22.5 billion.

This is just two years after the Church finally severed its links with payday lending company Wonga, after it was found to be exploiting the poorest people in the UK with high interest loans.

CofE campaigns against high cost payday lenders and is found to be Wonga investor. Campaigns for living wage & found not to be paying it…

And it seems the streets are paved with gold, if you're the Church of England.

Included in the "Top 20 most valuable property holdings" are the Canterbury, Ely, York, Winchester and Hyde Park Estates, and the London Lancaster Hotel. By the end of 2015, the Church's US$2.8 billion property value was up by more than 14 percent.

Meanwhile, becoming a property owner in London is something people not earning very much money pray for. The average house price in London is now US$753,000

And it seems money does grow on trees, if you're the Church of England.

"The revenue from the sale of standing timber is recognized as income," its report states.

"All of our UK and US forests are operated to the highest standards and all wood produced is fully certified as sustainable to international standards," the report states.

According to wildlife charity, WWF, "forests absorb and store carbon in their trees and soil. But if forests are cleared or disturbed, this carbon is released as carbon dioxide and other greenhouse gases.

"Up to a fifth of global greenhouse gas emissions come from deforestation and forest degradation."

Yet, before the Church of England had made an attempt to clean up their act, in 2013 they found itself in the middle of a controversy over US$14,4m worth of shares in General Electric, one of the world's biggest arms manufacturers.

"Do unto others as you would have them do unto you."