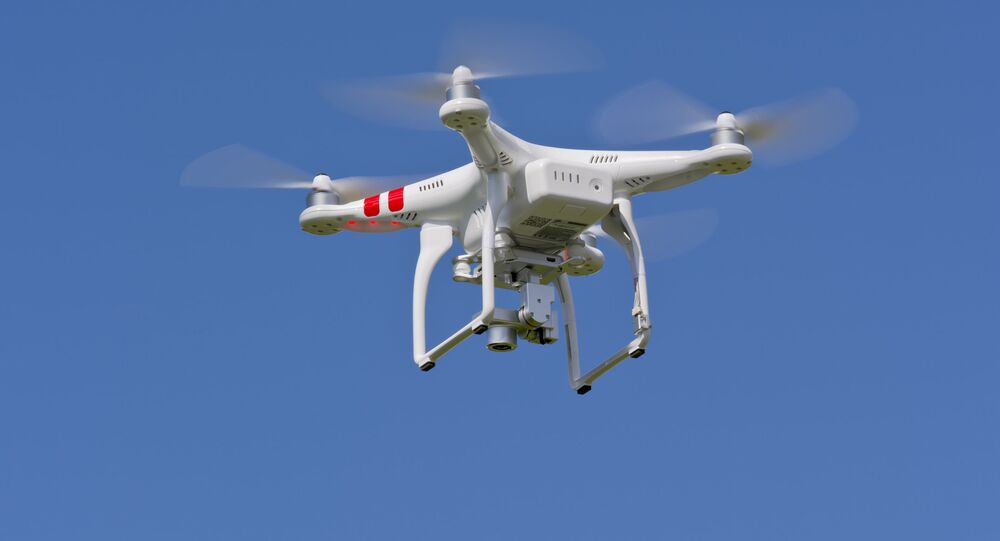 Norway is planning to establish a registry of drone owners, in the wake of a number of incidents in which unidentified drones almost crashed into passenger jets and helicopters.

© Photo : Youtube/Ruptly TV
First Test-Flight of New Russian Arctic Surveillance Drone
On 26 April, a collision was nearly averted when a Widerøe aircraft flew within several meters of a drone at an altitude of about 1,600 meters in the province of Hordaland in western Norway. The plane was flying at a speed of about 450 kilometers per hour and the crash would have had lethal consequences for all of its 62 passengers. An investigation was launched immediately, but failed to locate the owner of the white-orange drone.

"We see this as a serious incident," said Director of Avinor Bergen Airport Aslak Sverdrup.

More than two weeks after the incident, the police are still left without suspects in the case. Oddbjørn Dyrdal of the local police acknowledged that such cases are difficult to investigate, and has recommended the registration of all drone owners, claiming that it would make the investigators' job easier.

"Nowadays, drones can be purchased in all possible varieties, and differ in term of quality and range. I think the licensing of such drones should be made mandatory," Dyrdal told Norwegian national broadcaster NRK.

© CC0 / Svalbard Global Seed Vault/Peter Vermeij
Arctic Ardor: Norway Set to Innovate Its Polar Domains Amid Economic Slump
"Drones that may be used out of the line of sight of their pilots can only be used by a authorized drone operator who has received a record allocated by us," said Ira Schaug-Pettersen, a counselor at the Civil Aviation Authority of Norway (CAA).

Until now, the CAA has not deemed it necessary to make drone license mandatory, but forecasts such measures will be necessary in the long term.
"Controllable model aircraft have been used successfully for very many years, but now this has become a problem," said Schaug-Pettersen in the CAA.

© AFP 2021 / MARCEL MOCHET
Burst of Energy: Norway Bets on Costly Research to Avoid Oil-Pocalypse
On January 1, 2016, Norway introduced stricter rules governing the use of drones. It happened after 27 incidents involving drones and Norwegian aircraft were registered in 2015.

The CAA is not surprised by developments. "Some of these events risk resulting in considerable damage," Eirik Svare, senior engineer at the CAA told NRK.

The CAA has an online course that they recommend for all drone users. For those running drones that weigh more than 2.5 kg, the course is compulsory. Starting from January of next year, a mandatory exam will follow the online courses.