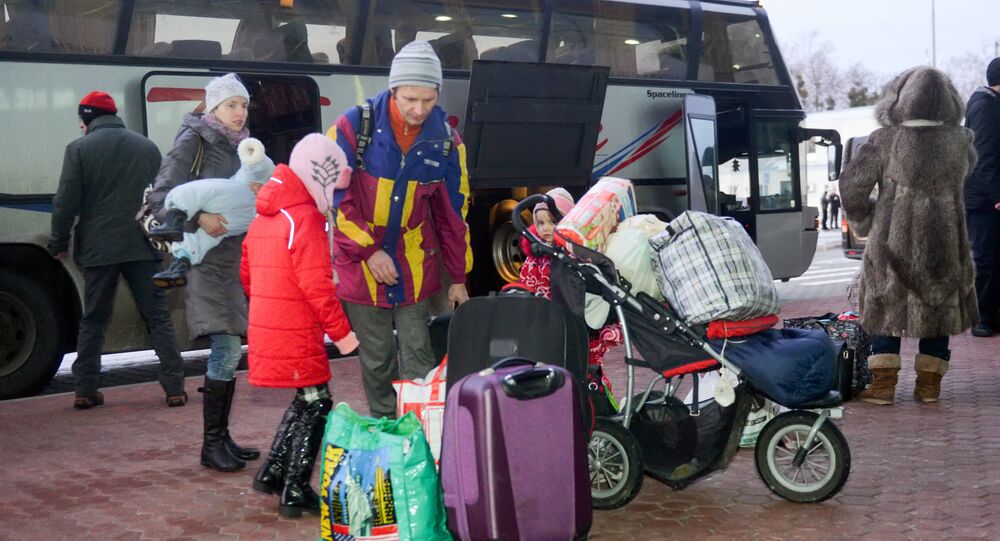 Ukrainians are using every pretext possible to move out of the country seeking jobs and education abroad, looking for foreign spouses and permanent residence in Europe, the Kiev-based Russian-language daily business newspaper Capital wrote.

© Sputnik / Nikolai Lazarenko
Exodus of Reformists: Why Foreign Specialists Leave Ukraine’s Government
According to recent polls 65 percent of Ukrainians aged 14 to 35 are willing to emigrate and this tendency is bound to grow in the years to come.

Over five million Ukrainian nationals will be heading abroad in search of jobs, in addition to the many who are already working there. Poland alone accounts for a hefty one million labor migrants from Ukraine.

The number of Ukrainians seeking higher education and a better future in the EU has also been rising, especially now that studying abroad is often cheaper than in Ukraine. According to Capital, the countries young Ukrainians prefer to go to study are Germany, Canada, France and Australia.

Ukrainian scientists, suffering from an absence of modern research facilities, have been forced to subsist on measly salaries and are equally eager to work abroad.

Over 100,000 of them have left the country since 1991. According to UNESCO, almost 3,000 academics were fired by Ukraine’s National Academy of Sciences in 2015, among them 95 Doctors of Science and 511 Candidates of Science.

Marrying a foreigner is another shortcut to emigration with the annual number of mixed marriages now in the hundreds compared to less than a dozen six years ago.

According to Capital, Ukrainian women prefer to tie the knot with Syrians, Iraqis and Jordanians who have high chances of being granted permanent residence status in Europe.

Many Ukrainians are now leaving the country for good, most of them to Israel, Russia, the United States and Germany.

Nearly 900,000 Ukrainian nationals apply for a US Green Card each year of whom 5,000 are eventually granted a chance to live and work in America.