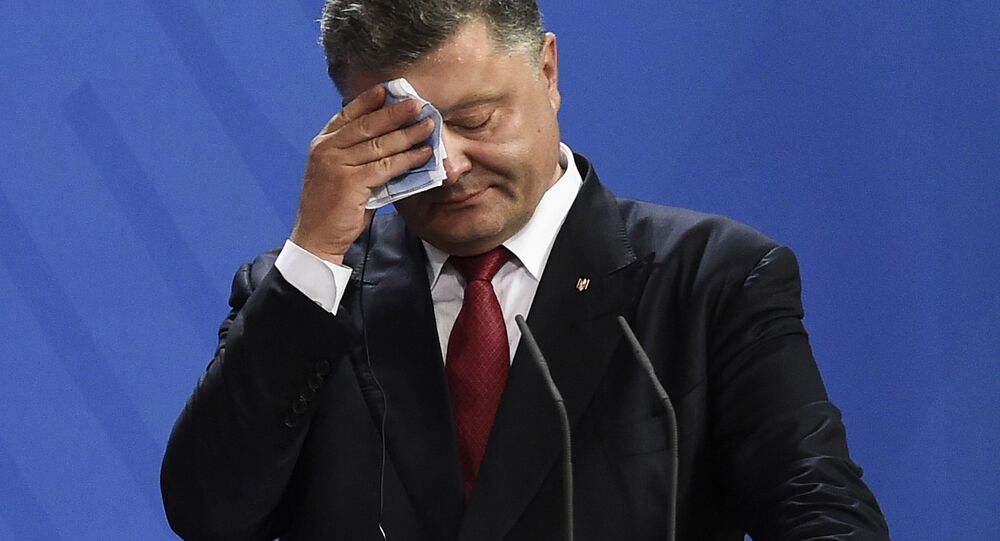 The Secretary General of the Council of Europe urged Kiev on Friday to ensure safety of journalists working in eastern Ukraine in a letter sent to Ukrainian President Petro Poroshenko.

MOSCOW (Sputnik) — On May 10, the Ukrainian website Mirotvorets disclosed the names, phone numbers and E-mail addresses of more than 4,000 journalists accredited by the self-proclaimed republics of Donetsk and Lugansk authorities to cover developments in the conflict zone. The leak contained names of representatives of CNN, Agence France-Presse, Reuters, the BBC, New York Times, Vice News, Al Jazeera and other media.

"This case was brought to my attention by prominent European journalist associations and freedom of expression organizations that have collectively submitted an alert to the Council of Europe Platform to Promote the Protection of journalism and Safety of Journalists, of which they are partners," Thorbjorn Jagland's letter read.

Jagland pointed out that he was concerned by the "particularly worrying" fact that the publication was supported by some politicians, including members of the Ukrainian parliament.

© Sputnik / Vitaliy Belousov
Watchdog Urges Kiev to Probe Data Leaks of Reporters Working in Donbass
He recalled the need to respect the European Convention on Human Rights, as well as standards related to the protection of personal data, adopted by the Council of Europe.

Moscow condemned the publication, saying it was a violation of international legal standards, in particular, the International Covenant on Civil and Political Rights and the European Convention for the Protection of Human Rights and Fundamental Freedoms, as well as Ukraine's domestic laws.