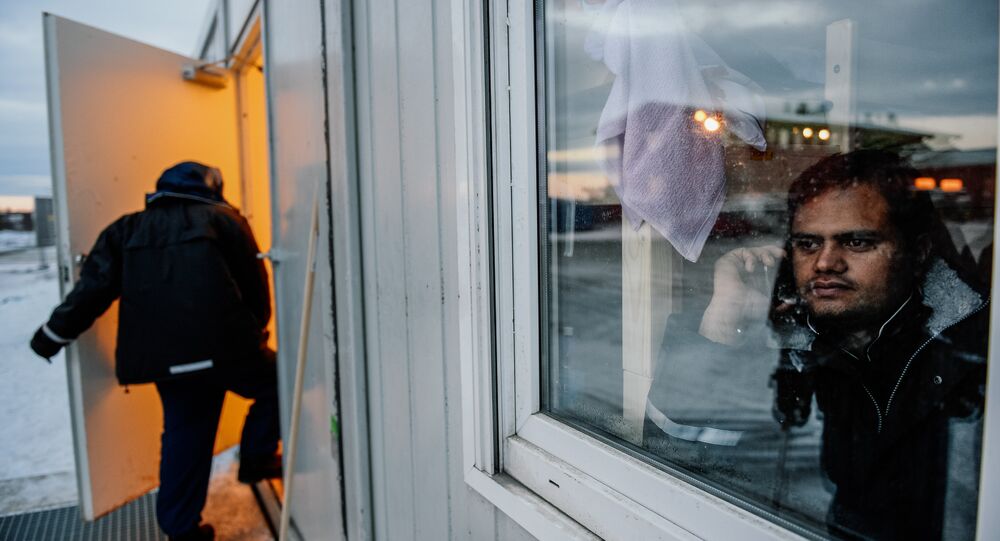 Refugees Integration Plan Should Be Approved in Norway’s Parliament - Party

Norway’s rightist Progress Party is hopeful of receiving the support of other parliamentary parties for its plan to better integrate refugees in the country, which was officially presented this week, the party’s spokesman told Sputnik on Friday.

MOSCOW (Sputnik) — On Wednesday, Norwegian Minister for Immigration and Integration Sylvi Listhaug, who is also a member of the Progress Party, unveiled her 49-point plan for integration.

"The other parties have said that there are a lot of constructive and good ideas in the integration plan, and we expect most will vote for it," Kristian Larsson asserted.

The Progress Party is the junior partner in the ruling coalition together with the Conservative Party but they do not command an overall majority in parliament.

In Larsson's words, the main message of the integration proposals is "to make taxpayers of the refugees" by having stricter and clearer expectations of them.

"The refugees who show initiative, learn the language fast, do chores, contribute and work, will get better benefits and have a better chance to reunite with [their] family," the spokesman for the Progress Party explained.

© AFP 2021 / ILYAS AKENGIN
Forget EU's Migrant Deal With Ankara! New Refugee Wave Coming From Turkey
The plan also proposes to put a greater emphasis on the temporariness of the protection given. If the situation in their home country improves within five years, the refugee will have to leave Norway and return home country.

In April, Sylvi Listhaug presented to a separate package of more than 40 proposals to parliament that sought to make the rules for migrants and asylum seekers stricter. The proposals include restrictions on family reunions, extending the qualifying period for obtaining a permanent residence permit from three to five years as well as an initiative to enable the authorities to reject applications from asylum seekers who enter Norway through a neighboring country.

In 2015, Norway saw a record 31,145 people apply for asylum, that prompted the country along with its Nordic neighbors, to severely tighten its refugee policies.

Bulgaria Allocates $3.6Mln to Anti-Migrant Fence on Border With Turkey