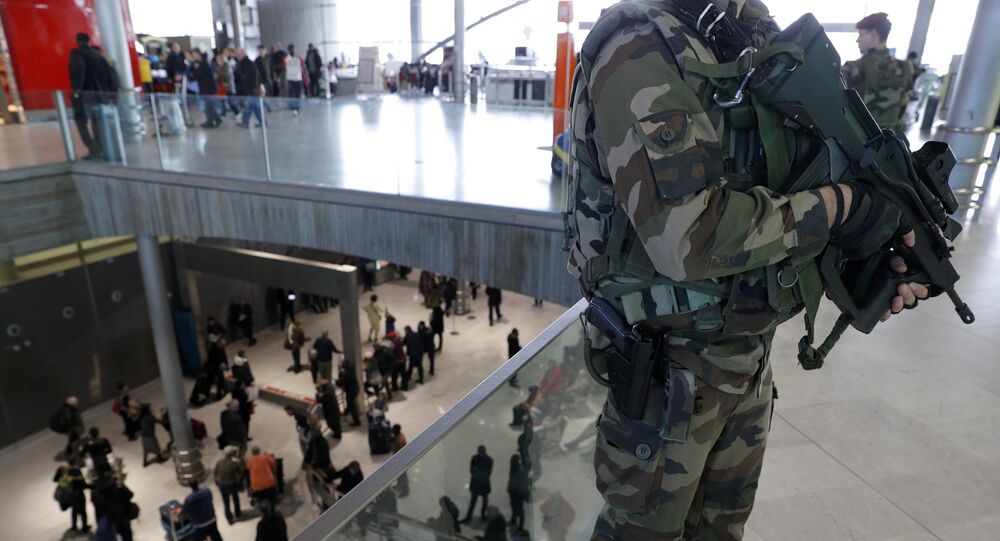 Over 100 People Linked to Terrorists Arrested in France This Year

More than 100 people have been arrested in France since the start of 2016 as part of the country’s anti-terrorism efforts, Interior Minister Bernard Cazeneuve said.

MOSCOW (Sputnik) – According to the minister, 101 people "with direct links to terrorism" have been arrested this year and 15 potential attacks have been foiled since 2013.

"We do everything to protect the French, but the threat is still very high," Cazeneuve said in an interview with the Ebra media group, to be published on Friday, as quoted by BFM TV.

Cazeneuve said that 17,500 people have been denied entry to France in the past six months.

Friday marks exactly half a year since the November 13 terrorist attacks in Paris that killed 130 people and injured over 350. The Daesh jihadist group claimed responsibility for the series of gun and bomb attacks carried out across the French capital.