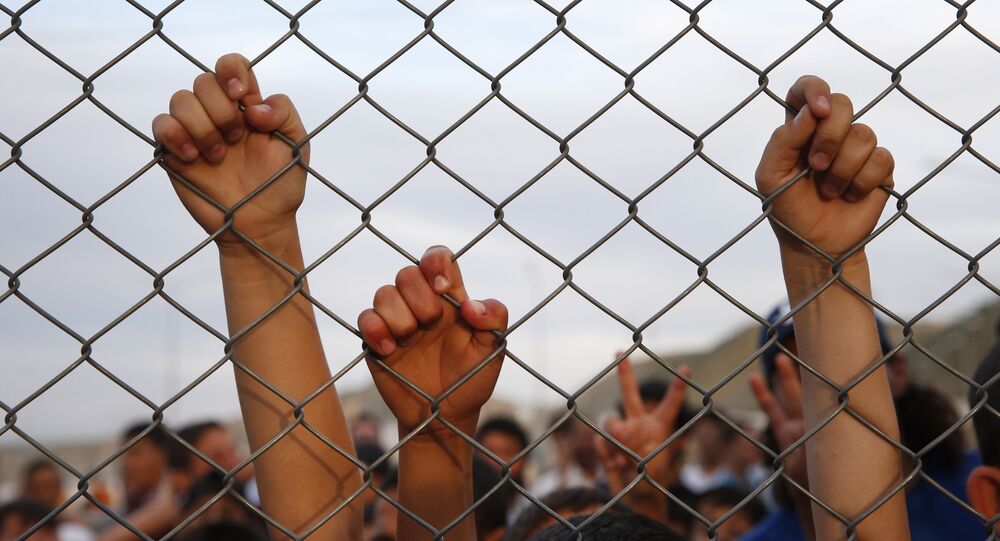 © REUTERS / Marko Djurica
EU States 'Will Close Borders to Refugees' if Deal With Turkey Collapses
A cleaner at the camp was alleged to have raped 30 boys aged between 8 and 12 from September 2015 until early this year, the BirGun daily said. The suspected rapist, whose initials were provided as E.E., was claimed to have paid 2-5 Turkish lira ($0.68-$1.69) in exchange for the acts.

The allegations surfaced after families of eight children filed a lawsuit, unfazed by their refugee status that kept other families from going forward, the newspaper said. It added that the scandal was revealed after military personnel noticed E.E. taking children to the surveillance cameras’ blind spots.

A high ranking military officer from the camp accused the Prime Ministry Disaster and Emergency Management Authority (AFAD) of failing to notice the rapes.

AFAD retorted by claiming the publication of rape allegations months after the incident were attempts to discredit Turkey as a host of nearly 3 million Syrian and Iraqi refugees.