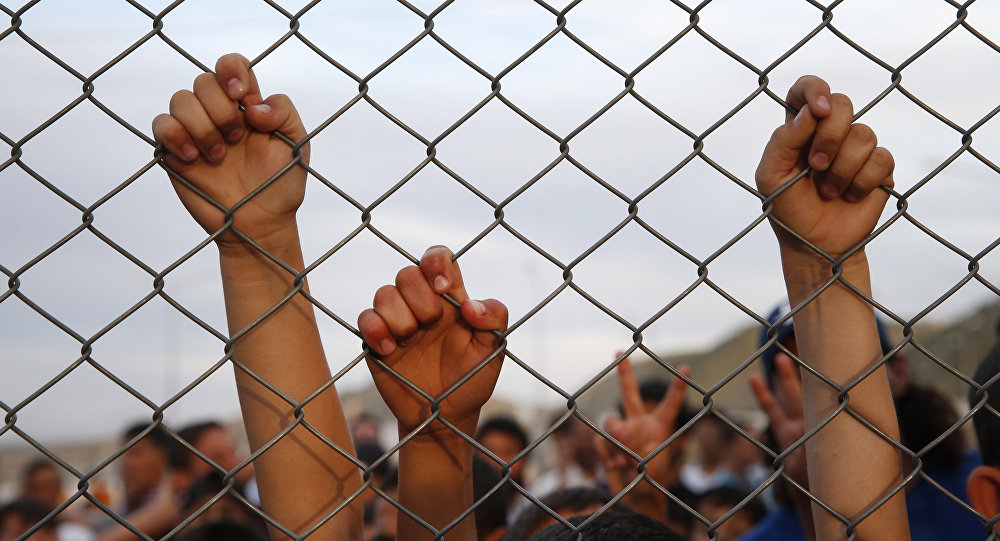 European parliamentarians have demanded that the controversial EU-Turkey deal on migrants should not turn into a "sellout" to Turkish Prime Minister Recep Tayyip Erdogan with one lawmaker admitting being "ashamed of the irresponsible behavior of the Commission towards a dictator."

The controversial agreement brokered between the European Commission and Turkey allows for the return from Greece of "irregular migrants" to Turkey in exchange — on a one-for-one basis — for Syrian refugees in Turkey being relocated across the EU member states.

However, as part of the deal — which will allow for visa-free access to the Schengen zone for Turkish citizens — Turkey has to fulfil a number of important legal commitments — not least on human rights and press freedom issues. The EU is also demanding the loosening of anti-terror laws than have been used to detain journalists.

Helga Stevens, a lawmaker in the European Conservatives and Reformists Group, said that conditions for Turkey should be especially stringent, it being a candidate member state, without any double standards. She felt "ashamed of the irresponsible behavior of the Commission towards a dictator".

.@StevensHelga reminds #EPlenary that 72 conditions for visa free travel have NOT been met "No SellOut of EU-values" pic.twitter.com/lSdwV6UmMS

Despite evidence to the contrary, in its latest assessment of Turkey's fitness, the European Commission says that Turkey has "fulfilled" a commitment to "ensure that freedom of movement of citizens of Turkey is not subject to unjustified restrictions, including measures of a discriminatory nature, based on any ground such as sex, race, color, ethnic or social origin, genetic features, language, religion or belief, political or any other opinion". 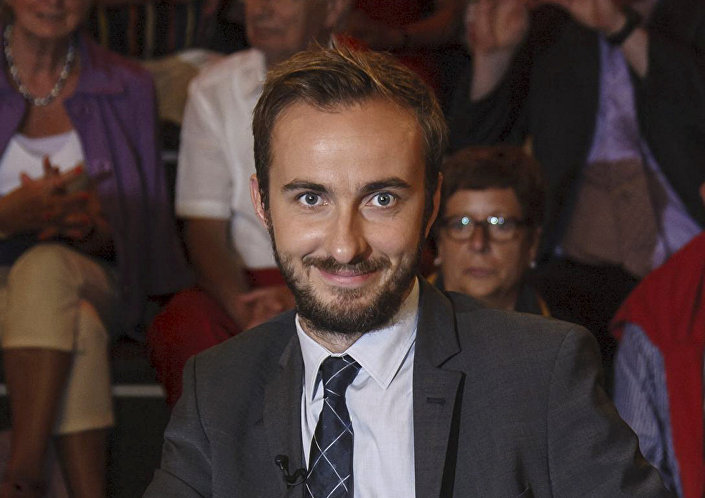 Erdogan has demanded that Bohmermann be prosecuted, which German Chancellor Angela Merkel has allowed.

A Turkish court's sentenced Can Dundar, the editor of opposition daily newspaper Cumhuriyet, to seven years, reduced to five years and 10 months, on charges of revealing state secrets that could harm the security of the state or its domestic or foreign interests. The court sentenced Ankara Bureau Chief Erdem Gül to six years in prison, reduced to five years, on the same charge.

In early May, Ebru Umar, a Dutch journalist of Turkish origin, was arrested while on holiday in Turkey on Saturday (April 23) after writing in her column that Erdogan's attacks on free speech was equivalent to Dutch World War 2 Nazi Party "NSB practices," calling Erdogan a "megalomaniac dictator".

© AFP 2019 / Ihlas News Agency
Dutch journalist Ebru Umar (L) and her lawyer leave Kusadasi's police building on April 24, 2016 in Izmir after she was briefly detained earlier in the day by Turkish police after sending tweets deemed critical of President Recep Tayyip Erdogan, according to her Twitter account.

Riot police stormed the Istanbul offices of Turkey's largest newspaper, the daily Zaman, on March 4 following a court-ordered takeover. The new trustee administration has since fired editors and Zaman, once critical of authorities, has become a pro-establishment mouthpiece. The digital archives of Zaman and its sister-publication, the English-language daily Today's Zaman, were destroyed, according to journalists at the newspaper.

© REUTERS / Kursat Bayhan
Employees of Zaman newspaper gather at the courtyard of the newspaper during a protest in Istanbul, Turkey March 4, 2016.

Reporters Without Borders rank Turkey at the 149th place out of over 180 countries, between Mexico and DR Congo, with a score of 44.16. In the third quarter of 2015 alone, news agency Bianet recorded attacks against 21 journalists, three media organs, and one printing house and the six-fold increase of arrests of media representatives, with 24 journalists and 9 distributors imprisoned.