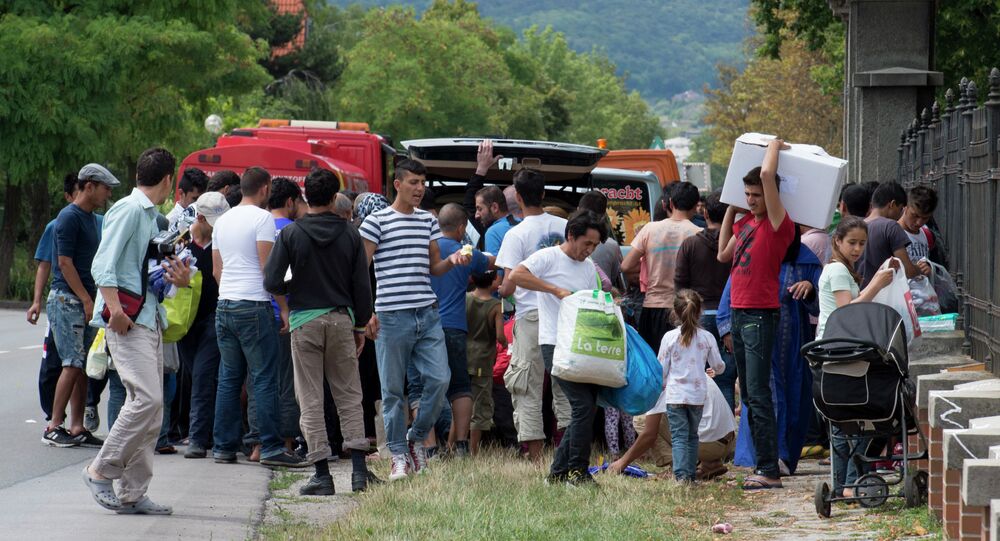 Austria’s next chancellor must proceed with a strict refugee policy and even tighten it, a spokesperson for the People's Party (OVP) told Sputnik on Thursday.

MOSCOW (Sputnik), Ksenia Shakalova – In a surprise decision, Chancellor Werner Faymann stepped down on Monday as the head of state and leader of the Social-Democratic Party (SPO), OVP’s senior coalition partner, saying he had lost the support of his party.

"The Government agreed on a high priority asylum reform that passed [through] the Parliament and is about to be in act. As we see this as a main goal to minimize the migration flow, we will demand any future chancellor to maintain and even intensify this policy. If this should be questioned, we may face some critical debates within the coalition," the OVP spokesperson said.

The parliament passed an amendment to the Asylum Act in April that adds a contingency mechanism, allowing the government to declare an emergency if the refugee inflow rises rapidly and send migrants back faster if they come from a country deemed "safe."

In a separate move, Austria's federal state police announced the country's plans to construct a fence at the Brenner Pass in the Alps, on its border with Italy, as the country was seeking to prevent the arrival of undocumented migrants.

© REUTERS / Dominic Ebenbichler
Pro-Refugee Protesters Use Small Explosive Devices on Austria-Italy Border (VIDEO)
The OVP spokesperson said the party was concerned that SPO’s next appointee could face "internal pressure, making him re-think the policy of Faymann and focus on core socialist’s issues and relaunch of a borderless ‘refugee-welcome’ movement."

To prevent that outcome, the OVP has made a condition for the survival of the "grand coalition," saying the asylum law must be implemented by whoever succeeds Faymann. The amendment is due to enter into force on June 1, 2016.

Austria received around 90,000 asylum requests in 2015, the second-highest number in the bloc on a per capita basis, and more than 16,000 claims since the beginning of this year.

The laws, among the toughest European responses to the migrant crisis, come as the country prepares to build further fences along its borders, and amid public anger over a shocking child rape case involving an Iraqi migrant.