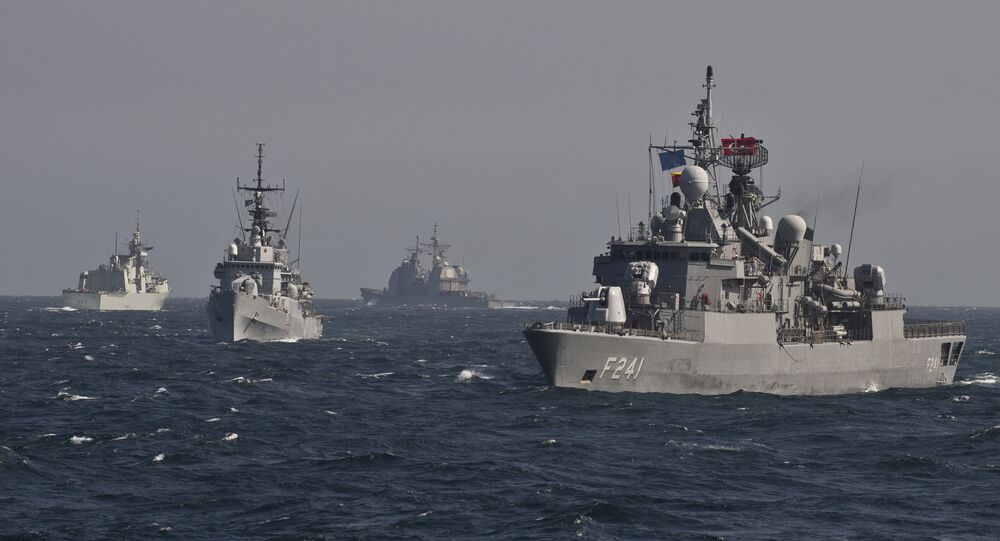 Turkish President Recep Tayyip Erdogan condemned on Wednesday NATO's insufficient military presence in the Black Sea and urged the Alliance to enhance cooperation in the region.

© REUTERS / Murad Sezer
Erdogan Criticizes NATO Over Low Military Activity in Black Sea
According to him, the security issues in the region should be tackled in full accordance with the document and tacking into account the interests of Black Sea nations, particularly Russia.

"The Black Sea should be turned into the sea of stability. I told the NATO secretary general that you are absent in the Black Sea and that is why it has nearly become a Russian lake. We should perform our duty as we are the countries with access to the Black Sea. If we do not take action, history will not forgive us," Erdogan said in Istanbul.

NATO’s presence in the Black Sea should comply with the Montreux Convention, Karakus told Sputnik.

"The legal mechanism established by the document is aimed to maintain security for regional nations as well as create conditions to improve relations between them. It is not clear why Erdogan made this statement," he added.

As for Turkey’s interests, the Montreux Conventions is more important than any other documents and treaties, Karakus pointed out.

According to him, all Black Sea countries should cooperate in accordance with the Convention.

"Maintaining security in the Black Sea is one of the most important tasks for regional countries. Up to now, this has been possible thanks to the Montreux Convention. No one should violate it," Karakus said.

"It is unacceptable that non-Black Sea nations are involved in regional security issues. Russian-Turkish ties should be improved as well as cooperation in the Black Sea," he concluded.

NATO to Expand Activities to Territorial Waters of Greece, Turkey