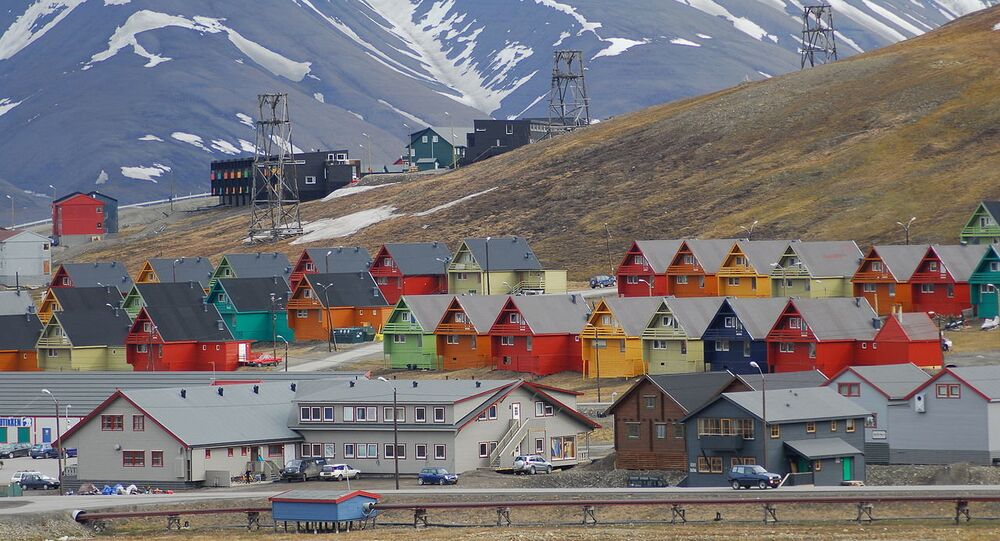 With unemployment pressure mountings on Norway's budget, plagued by low oil prices, the government is pondering a major investment in its Arctic domains in an attempt to give its economy a shot it the arm.

© AFP 2021 / MARCEL MOCHET
Burst of Energy: Norway Bets on Costly Research to Avoid Oil-Pocalypse
The Norwegian government will seek to ensure that Svalbard, a Norwegian archipelago midway between mainland and the North Pole, continues as a robust family community, a white paper, presented by State Secretary Gjermund Hagesæter of the Progressive Party, stated. The previous white paper on Svalbard was submitted only seven years ago, the normal interval being 10 years, noted Norwegian national broadcaster NRK. The reason is that Norway's previously steady economy has found itself in hot water.

According to Hagesæter, the government is relying on innovations to safeguard existing jobs and create new ones. Regina Alexandrova of the Conservative Party stated the priority is to move government jobs from mainland Norway to Svalbard, mainly in civil services and consumer business. Another aspect of the government's plan is to carry on with the tax breaks on Svalbard, thus appealing to both people and business alike.

Last chance to study in #Svalbard this autumn! Appl.deadline 8 May for some courses: https://t.co/hMSJKd5gt5 #Arctic pic.twitter.com/huU39O1DFh

© AFP 2021 / Pierre-Henry DESHAYES
Polar Warfare: US Radar Catches Norway Between the Devil and the Blue Sea
In a risky attempt to boost Svalbard's economy, the Norwegian government is also determined to investigate means to relieve Arctic legislation in order to attract more tourists to the archipelago's majestic abodes, without compromising the pristine nature of the area.

"There is great potential for local food, such as exploitation of Svalbard reindeer," said Hagesæter, also mentioning huge opportunities for fishery and fish processing.

However, Hagesæter stated that the government will aim to significantly increase Svalbard's population in the future.

"We think the current population is perfectly fit," he said. "We have no specific goal of population growth. Such growth would require large investments in infrastructure."

© Photo : Pixabay
Oil on Troubled Waters: Unemployment in Norway Goes Up
Today, the population of Svalbard's Norwegian settlements amounts to 2,300 people. However, the number of Norwegians has been declining, while the number of other nationals has risen, NRK reported in April. At present, every fourth inhabitant of Svalbard is of non-Norwegian origin, several hundred of them being Russians.

"It is unthinkable to continue using fossil fuels to maintain a society in the part of the Earth that is most affected by climate change. Parliament has long since established that Svalbard should remain world's 'best managed' wilderness. It is more important than ever to uphold a basis for sustained development of Svalbard" Hanson said.

It's illegal to die in #Svalbard & other facts about the arctic destination https://t.co/jVc6nD5vze #travel #Norway pic.twitter.com/PtpO4WFScO