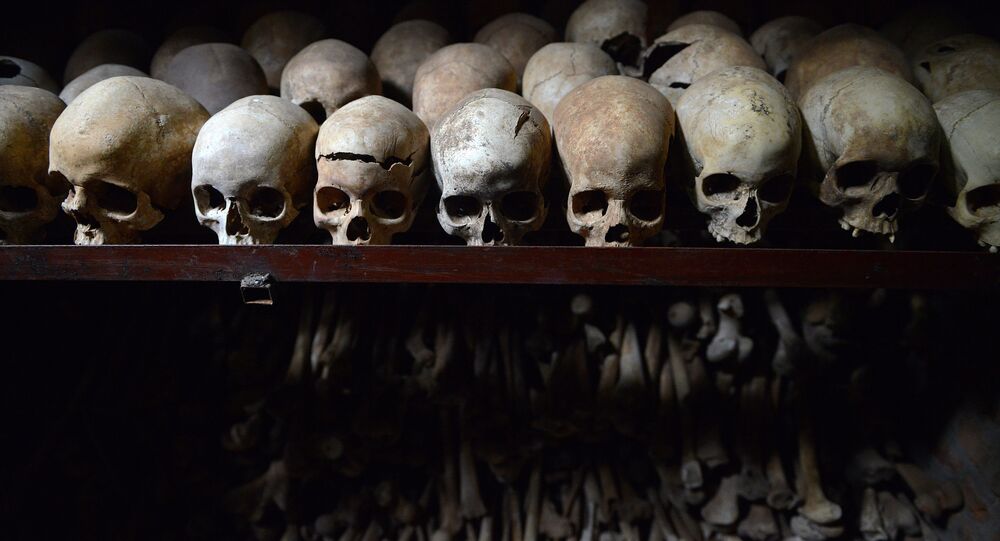 Two Former Rwandan Mayors On Trial for Genocide in France

Twenty-two years after the Rwandan genocide, two of the country's former mayors are on trial in France facing charges of crimes against humanity and genocide during the 1994 massacres.

© REUTERS / Adama Diarra
Misguided Peacekeeping and Lethal Inaction
Between April and July 1994, it's estimated between 500,000 and 1,000,000 Rwandans, mainly from the Tusti population were slaughtered during the Rwandan Civil War between the Hutu-led government and the Rwandan Patriotic Front (RPF) composed of Tutsi refugees.

The perpetrators of the mass genocide were members of the Hutu majority-led government backed by the Rwandan army, police force, militias and civilians.

In 1990, four years before the mass genocide occurred, the Rwandan Patriotic Front (RPF), led by a force of 4,000 rebels from Uganda advanced into Rwanda. In retaliation, France and Zaire deployed forces to support the Rwandan army.

Two decades after the bloodshed and on the 20th anniversary of the slaughter, Rwanda's minority Tutsi president, Paul Kagame, publicly accused France of being complicit in the mass killings due to its support for the Hutu government at the time; Kagame also accused French soldiers of taking part in it.

The trial of Octavian Ngenzi and Tito Barahira, former mayors of Kabarondo is taking place at a special court in Paris after the two suspected Rwandan killers fled to France.

The pair, now 58 and 64-years-old respectively, are accused of playing a direct role in the massacre of hundreds of Tutsis in a church in the town on April 13, 1994.

© REUTERS / Gonzalo Fuentes
Genocide hunters Alain Gauthier (C) and his wife Dafroza Gauthier (R) talk to the media as they arrive to the Paris Court House in Paris, France May 10, 2016, on the first day of the trial of two former Rwandan local officials for their alleged participation in the 1994 genocide.

They deny accusations of "massive systematic summary executions," and implementing a "concerted plan aimed at the annihilation" of the Tutsi minority people.

But witnesses say they saw Barahira wielding a spear at a rally where he called for "work" — which was a code word for killing Tutsis.

According to survivors, hundreds of Tutsi refugees were hacked or beaten to death and blown up with hand grenades.

In 2006, Kigali, Rwanda's capital city severed it ties with the French capital after a judge in Paris issued arrest warrants for nine Rwandan officials over the assassination of Hutu president Juvenal Habyarimana, who was shot down in his plant on April 6, 1994; the catalyst considered for the genocide.

The trial in Paris is expected to last eight weeks and highlight the continuing strains between France and the Central African country.