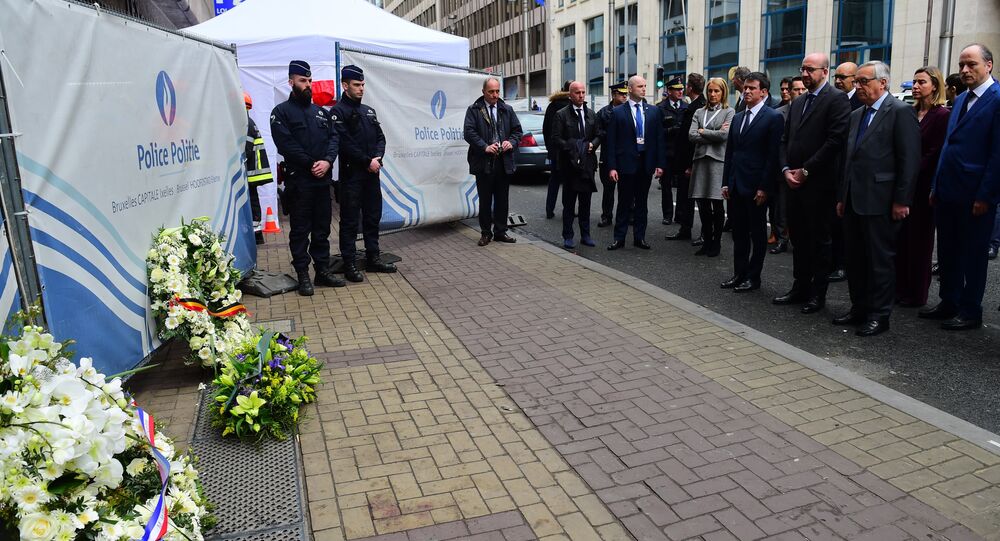 © REUTERS / Yves Herman
Thousands Converge in Brussels to Honor Daesh Suicide Attack Victims
The public transport operator STIB-MIVB and the insurance company Ethias have made repeated assurances that they would pay compensation to anyone injured in the attacks. At the same time, Ethias has stated that the level of compensation would be determined by a special commission.

The Belgian La Derniere Heure newspaper reported that five victims of the explosion were not satisfied with the procedure proposed by the insurance company and the possibility of receiving only partial compensation.

On March 22, two suicide blasts ripped through the departure hall of the airport in the northeastern municipality of Zaventem while another explosion hit the Maelbeek metro station near the headquarters of the EU institutions in Brussels, killing over 35 people, including three terrorists, and injuring at least 300.