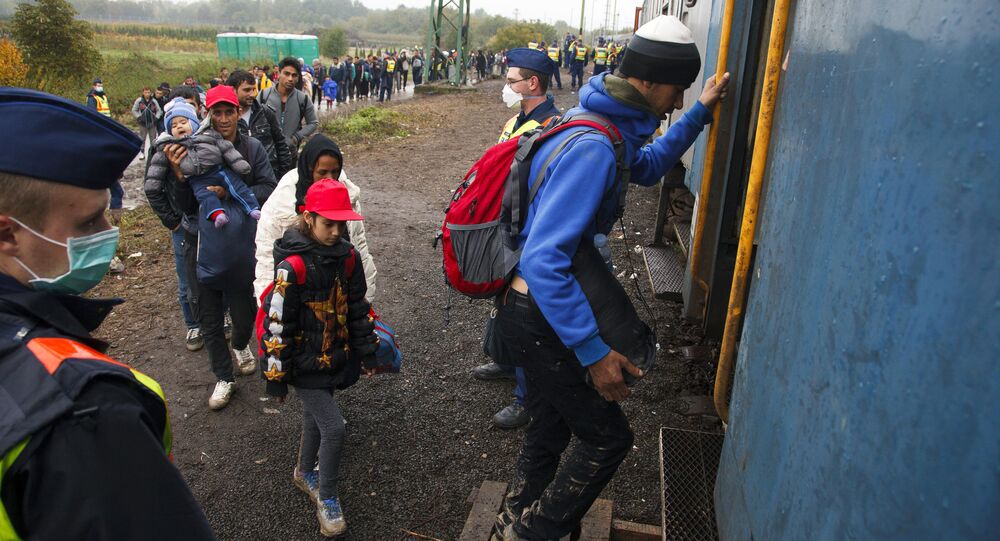 According to reports, European Commission refused on Tuesday to comment on Hungary’s vote on whether it should abide by the terms of EU’s refugee resettlement plan.

© AP Photo / Darko Bandic
'No Polite Words': Hungary's PM Slams EU Refugee Fine Plan as 'Blow to the Solar Plexus'
BRUSSELS (Sputnik) – The European Commission refused on Tuesday to comment on Hungary’s vote on whether it should abide by the terms of EU’s refugee resettlement plan, saying it was mandatory.

"I don’t think I need to comment on that," deputy chief spokesman Alexander Winterstein told reporters after he was asked about the Commission’s reaction.

Earlier today, the 199-seat Hungarian parliament voted 135-5 to call a referendum on EU’s binding refugee resettlement quotas, three months after it was first proposed by Prime Minister Viktor Orban. A turnout of over 50 percent is required in order for the referendum to be valid.

"What I am certainly aware of is that there is a binding decision by the [European] Council to have this relocation system in place so that’s a fact, it’s part of the EU law," he said, adding the Commission will monitor how the plan is enforced EU-wide.

Under the mandatory quotas, Hungary is expected to take in 2,300 refugees over the next two years or face harsh penalties to the amount of 250,000 euros ($287,000) per immigrant, a sum that left Prime Minister Orban "speechless," according to his confession last week.