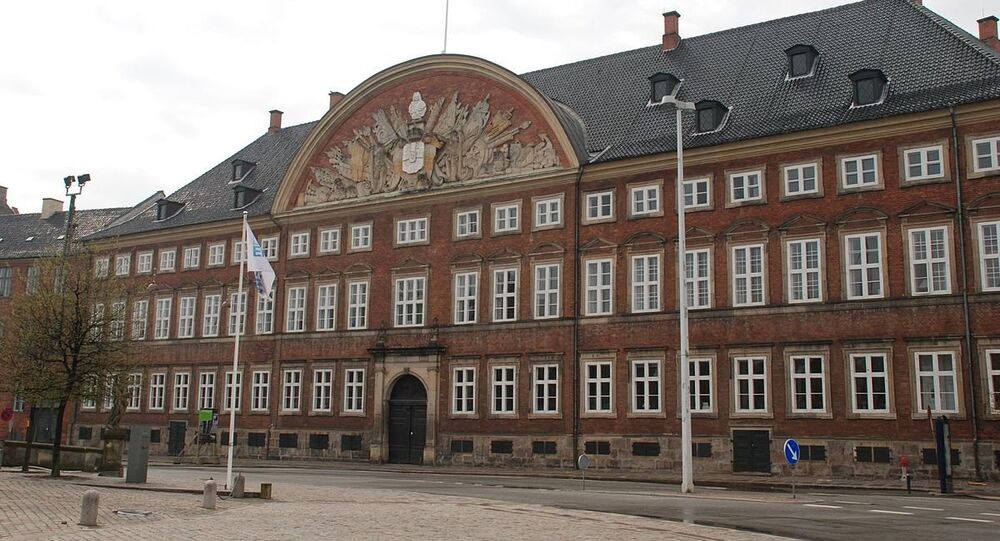 Will the influx of refugees turn out to be an advantage or a detriment for the Danish economy? Recent contradictory calculations from the Ministry of Finance have created confusion on the issue.

© Photo : Facebook/ Danskernes Parti
Long Way From Home: Provocative Road Signs Stir Refugee Debate in Denmark
Last week, Denmark's Ministry of Finance stated in its Convergence Program 2016 that the 100,000 refugees that Denmark expects to take in until 2020 will in the long run improve public finances by 0.15 percent of the country's GDP, which is equivalent to 2.7 billion kroner (roughly half a billion dollars).

"The conclusion is basically very clear: in the future, state income is going to surpass government expenditure in relation to the inflow of refugees and their descendants isolated," Marianne Frank Hansen, deputy manager and economist at Dream told Politiken. According to her, migrants may turn into an economic boon already in 2035.

© Flickr / dtsomp
In the Red: Sweden Heading Towards Deep Economic Crisis
However, recent calculations by the Ministry of Finance indicate that the former forecasts were far too optimistic. According to new estimates, the ongoing refugee influx will cost Danish coffers an additional 6.4 billion kroner (1 billion dollars) until 2020. The Ministry of Finance takes into account an improvement in the employment rate among refugees in the long run, but stresses that the equation nevertheless will not yield a positive result since the economic bonuses are heavily outweighed by the expenses.

The final tally is thus the very opposite of the figure relayed last week through the Ministry of Finance's Convergence Program, which had forecasted a significant budget increase, Mads Lundby Hansen, chief economist at the liberal think-tank Cepos, pointed out to Jyllands-Posten.

"When the Ministry of Finance assesses the impact of the refugee influx as positive, it actually ignores the additional expenditure it incurs. In the grand scheme of things, the larger number of refugees yields a larger net burden on public finances," he said.

© Flickr / kai.bates
No Means No: Growing Insecurity Compels Danish Girls to Learn Self-Defense
Remarkably, Denmark's northern neighbor Sweden arrived at the opposite conclusion, having adopted similar or equal premises. Last year, a report by Mid Sweden University concluded that immigration is beneficial in the long run, despite requiring a net outlay of 1-2 percent of the GDP.