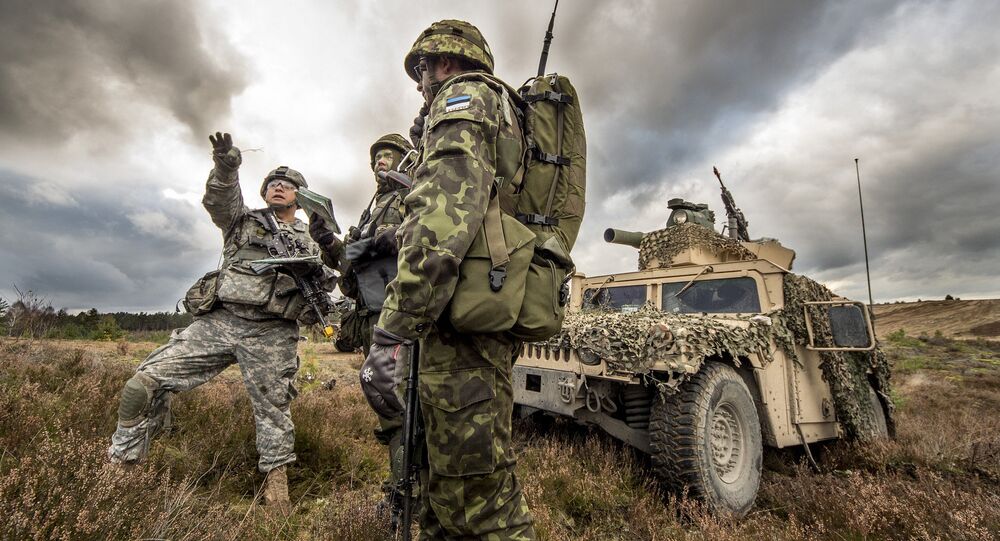 Commenting on NATO’s recent decision to deploy four additional armed battalions in the Baltic States and Poland in respond to so-called “Russian aggression”, Karl-Heinz Kamp, a German national security expert, compared it to children arguing in a playground with each claiming the other one 'started it'.

TOF Press Service
Moscow's Unpredictability Keeps it 'A Few Steps Ahead of NATO'
Western allies are preparing to put four additional battalions — a force of about 4,000 troops — in Poland and the Baltic countries as part of an effort by the North Atlantic Treaty Organization to “reinforce its border with Russia”.

Commenting on the reason behind the decision, Karl-Heinz Kamp, the Academic Director of the German Federal Academy for Security Policy (BAKS) has compared it to children arguing in a playground with each claiming the other one “started it.”

In his phone interview with German radio station Deutschlandfunk, Kamp explained that Russia “started it” when it “indeed said that it, for example, could take the Baltic states in three weeks.”

© Sputnik / Ramil Sitdikov
Caught Off-Guard: Russian Military Hardware More Than a Match for US, NATO
The German expert, however, did not mention that it was a report of an American think tank Rand Corporation, which had made even a direr conclusion:  if Russian tanks and troops rolled into the Baltics tomorrow, the outgunned and outnumbered NATO forces would be overrun in less than three days, not three weeks.

Karl-Heinz Kamp said that the proposed move is a “deterrent measure,” but is quite insignificant as the Alliance has “neither the money, nor the means, nor the people” for “more intense measures.”

The decision has already caused a lot of criticism in his home country.

A recent poll conducted by the Bertelsmann Foundation, the largest private operating non-profit foundation in Germany, found that more than half of German citizens — 57% — believe their country should not send troops to protect the Baltic countries and Poland against an “attack from Russia.”

About half of Germans (49%) oppose setting up NATO bases in eastern members of the alliance to “deter Russia,” while 40% said they would support such a move.

© Flickr / Defence Images
Cohen: NATO's Actions on Russian Border May Stir Memories of Nazi Invasion
Gregor Gysi, a prominent far-left lawmaker, slammed the German government, saying that the move would send the wrong message on the eve of the 75th anniversary in June of Nazi Germany’s invasion of the Soviet Union.

Incidentally, in history it’s this way: it’s not Russia invading Germany, but Germany invading Russia, Gysi said in a statement on his Facebook page.

“To send troops to the Russian border now is to forget history and to escalate,” he added.