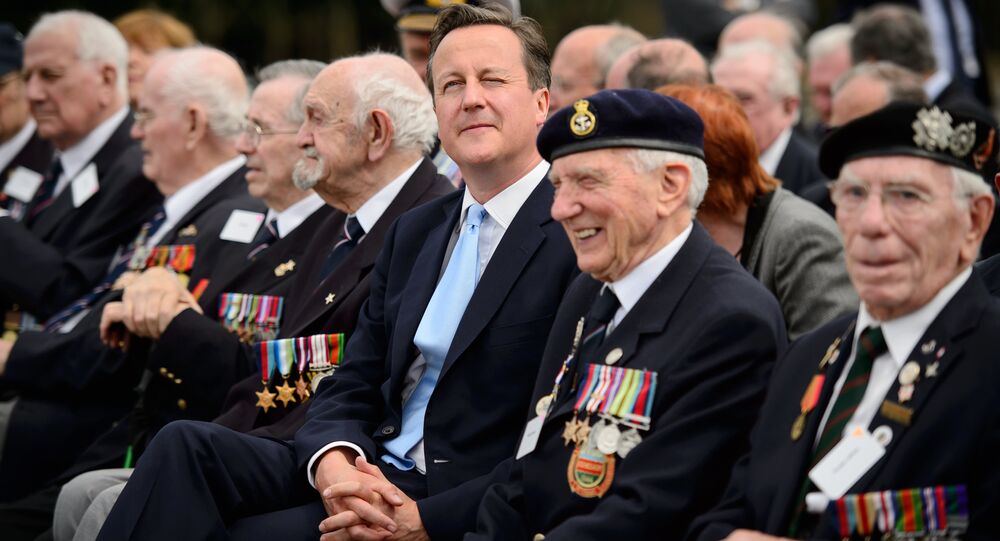 UK Prime Minister David Cameron recalled previous wars in Europe in the latest of his so-called 'Project Fear' speeches, saying that membership of the EU has led to peace in Europe and that a Brexit could have disastrous implications for the whole of the union.

Speaking on the morning of Europe Day — commemorating the 66th anniversary of the Schuman Declaration which created the European Coal and Steel Community, the precursor to the EU — Cameron said:

"The European Union has helped reconcile countries which were once at each other's throats for decades. Britain has a fundamental national interest in maintaining common purpose in Europe to avoid future conflict between European countries."

He recalled: "Our country's heroism in the Great War. And most of all our lone stand in 1940, when Britain stood as a bulwark against a new dark age of tyranny and oppression. When I sit in the Cabinet Room, I never forget the decisions that were taken in that room in those darkest of times. When I fly to European Summits in Brussels from RAF Northolt, I pass a Spitfire just outside the airfield, a vital base for brave RAF and Polish pilots during the Battle of Britain."

He recalled how former Prime Minister Winston Churchill had argued passionately for Western Europe to come together in the post-war period, to promote free trade, and to build institutions which would endure so that our continent would "never again see such bloodshed."

Boris Johnson: "I don't think that the PM can seriously believe that leaving the EU could trigger WW3", given he said was prepared to leave

​​"Isolationism has never served this country well. Whenever we turn our back on Europe, sooner or later we come to regret it. We have always had to go back in, and always at a much higher cost.

"The serried rows of white headstones in lovingly-tended Commonwealth war cemeteries stand as silent testament to the price that this country has paid to help restore peace and order in Europe. Can we be so sure that peace and stability on our continent are assured beyond any shadow of doubt? Is that a risk worth taking?" Cameron said.

His comments come as the UK government released a video in which four Second World War veterans have warned that Britain "should stay in the EU or otherwise risk the stability in Europe that they fought to ensure."

​Harry Leslie Smith, David Meylan, Patrick Churchill and Field Marshal Lord Bramall all represented their country during the Second World War and each insists that the future prosperity of the UK is best served by Britain retaining its EU membership.

​Patrick Churchill, a former Royal Marine Commando who fought at D-Day and who received the Legion d'Honneur in 2004, says in the video that if Europe "breaks or if we are not in that union then countries will fall apart. The only solution is to bind together, hold together, there we find strength."

Stay or Go? Poll Shows Brexit Could Go Either Way