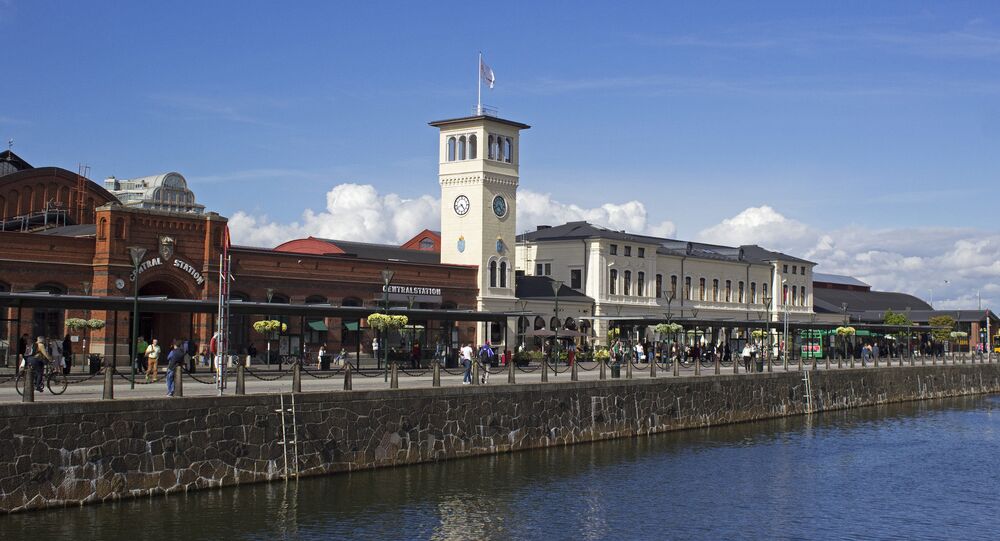 "A bunch of guys just stood and looked on. I asked if it had lasted long and they said it had," she told the tabloid Aftonbladet. According to her, it was "really rough" pornography.

The tabloid Aftonbladet has been in touch with the public transport operator Skånetrafiken, who said they hadn't received any complaints that their screens and information boards had suffered from any deviations or malfunctions.

"So far, we regard it as a prank, but nevertheless we regret it. Such things should not be," said Magnus Andersson of the press office of Skånetrafikens.

"We got a call from a security guard at Malmö central and saw what was on the screen and took off minutes after we became aware," he said. "I am incredibly angry about this; it will not happen again," Starck was quoted as saying by Aftonbladet.

Incidentally, the clip that was spinning on the billboard has been used in hacker attacks before. In 2013, Florida University student Benjamin Bloiun hacked the university's wireless network and automatically rerouted all local users to a web page where the same clip that appeared on the info screen in Malmö was being shown, according to Gawker.