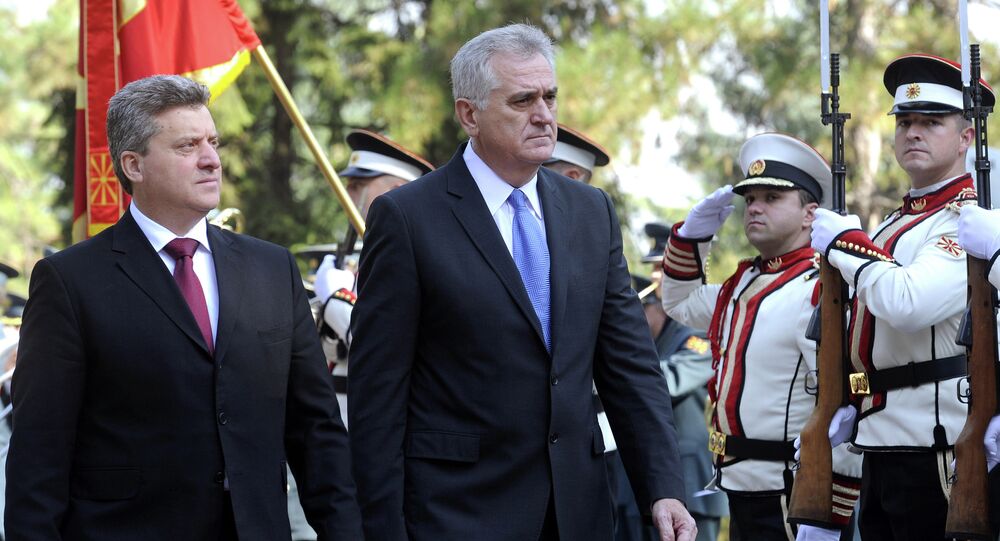 The West has been trying to downplay the Soviet Army’s defeat of Nazi Germany in 1945, Serbia's President Tomislav Nikolic told Sputnik.

MOSCOW (Sputnik) — The West has been trying to pass off the Soviet Army’s defeat of Nazi Germany in 1945 as anything less than a key victory over evil, Serbia's President Tomislav Nikolic told Sputnik.

Russia is honoring Victory Day on May 9, a day later than its WWII allies. It coincides with Europe Day, when EU member states mark the signing of a 1950 declaration outlining the EU vision.

"They [the West] try to pass off May 9, the greatest day in modern history, as anything but a victory over then Nazi Germany or a decisive Soviet victory over the world evil," Nikolic said.

A poll, commissioned by Sputnik to EU’s leading pollsters IFop and Populus ahead of Victory Day celebrations this year, found that only 14 percent of US, French, German and UK nationals sampled thought that the Soviet Union did the most in defeating Nazi Germany during World War Two.