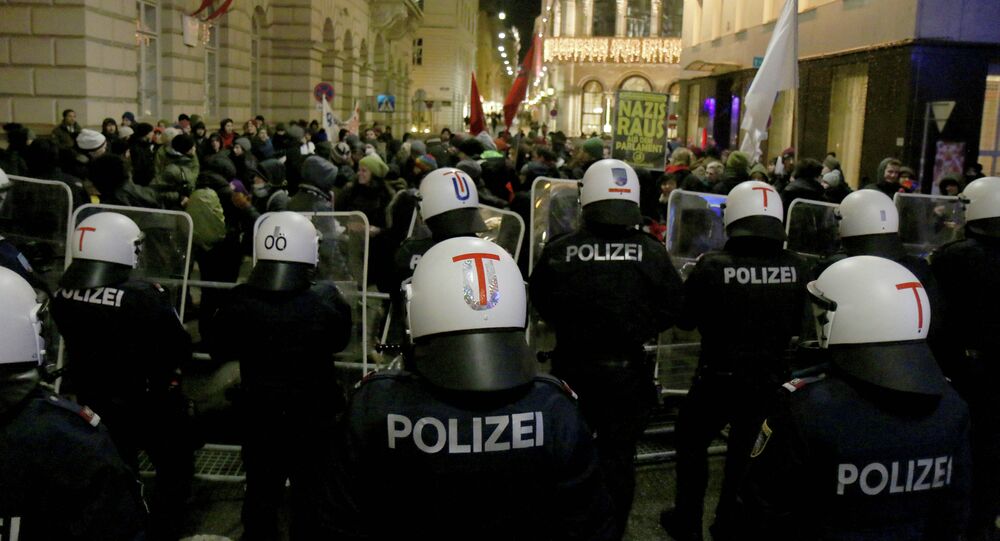 The defaced mosque is the latest in a surge of hate crimes, as a dark wave creeps over the European country in response to the mass migration of Syrian refugees.

On Friday, Austrian police arrested a 46-year-old man for allegedly depositing two pig heads at an Islamic center and mosque being built in the southern city of Graz.

"He put the pig heads on the construction site and smeared the minaret with blood," police spokesman Leo Josephus said in an interview with AFP.

Austria’s interior ministry reports a 54% spike in hate crime in the past year, with incidents including vandalism, assault and inciting violent action against Islamic migrants.

The country faces a rising tide of hate crimes spurred by the reemergence of far-right nationalists emboldened by the mass migration of Syrian refugees. Austria accepted some 90,000 asylum seekers in 2015, making it the EU’s second-largest recipient per capita.

The country of 8.5 million reports that another 1 million Syrian refugees have between their borders on their way to other European countries. Public sentiment toward the refugees remains low, especially following a number of highly-publicized sexual assaults by migrants and soaring public service costs that have prompted the government to take a hard line on accepting new refugees.

The tumult created by the mass migration led to a resurgence of the country’s far-right Freedom Party (FPOe) in the April 24 elections. FPOe candidate Norbert Hofer trounced the opposition in the first round of presidential elections, with 35% of the vote. Oddsmakers expect him to win the May 22 runoff election in a landslide.

The predecessors to the Freedom Party, pan-German and national liberal camp, were both affiliates of Nazi Germany during World War II.

The Graz Islamic Center released a statement regarding the hate crime on Facebook stating, "This attack is not only an attack against our mosque more than that is an attack on an entire religious community, its followers and freedom of religion."