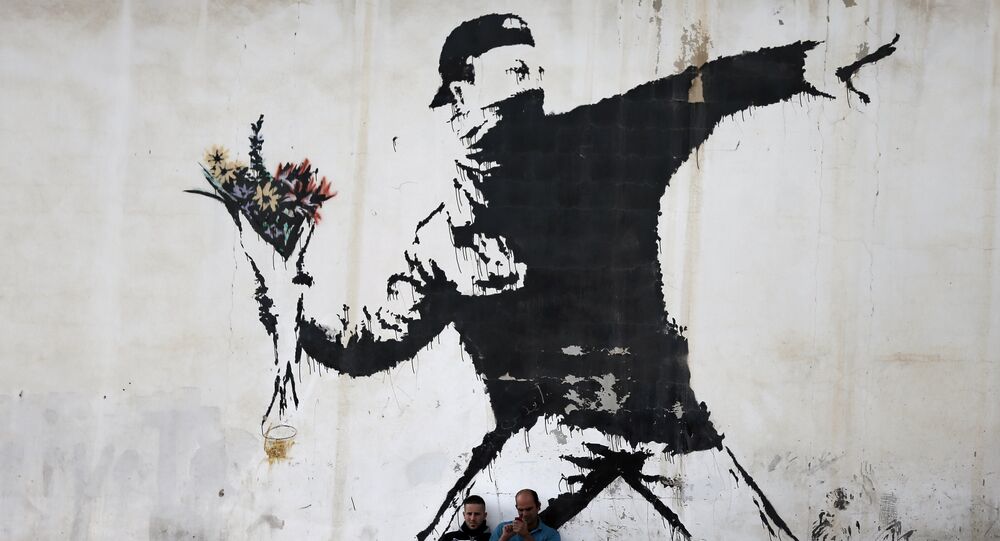 Rome is on standby to spot anonymous graffiti artist Banksy after reports the Italian capital is to host the biggest ever exhibition of Banksy's work this summer.

The exhibition, "War, Capitalism & Liberty" is the first time so many of Banksy's stencils and paintings will be displayed together — and the first introduction to other street artists for the Rome Foundation Museum.

According to Italian newspaper, La Repubblica, the artwork will go on display on May 24 until September 9 at the Fondazione Rome Arte-Musei gallery in Palazzo Cipolla. All of Banksy's work has been certified as originals and have been sent to the museum on loan from private collectors from around the world.

"War, Capitalism & Liberty" has been curated by Stefano Antonelli and Francesca Mezzano and rumors are already rife that Banksy — who has never revealed his identity — will pay the exhibition a visit.

Banksy, the anti-capitalist street artist and curator from Bristol netted millions for sea-side town Weston-super-Mare in Somerset after more than 150,000 visited his Dismaland Bemusement Park in five weeks in 2015.

Visit Somerset said Dismaland boosted local businesses by US$30.5 million. Hotels were full every night and a taxi driver told Sputnik that he had never been so busy, driving people back to Bristol each night — the city where Bansky made his name — by never revealing it.

Following the success of Dismaland, Banksy shifted his focus and spray can to the refugee crisis facing Europe. He shipped off the remnant of the Bemusement Park to Calais to provide shelter to people living in a refugee camp.

An image of Steve Jobs, Apple founder and son of a Syrian refugee was soon stenciled on a wall near the camp. Banksy got to work in the French town of Calais where he painted his own version of Romantic artists, Theodore Gericault's Raft of the Medusa, which features a luxury yacht and a helicopter with the words: "We're not all in the same boat."

#Banksy's 'The Raft of the Medusa' in Calais #LetThemIn pic.twitter.com/7SUn0MOeJn

Back in Britain, a mural recently appeared opposite the French embassy in London taken from the musical Les Miserables, depicting a young girl crying with tear gas billowing in front of her from a CS can and a QR code which linked to a video showing French police firing rubber bullets at refugees to break up a camp.

Pixabay
Banksy's mural opposite the French embassy in London highlighting the use of teargas on refugees by the French police.

In Rome, the focus for the biggest ever Banksy exhibition is not to reveal his identity but to unravel the rhetoric of his art.