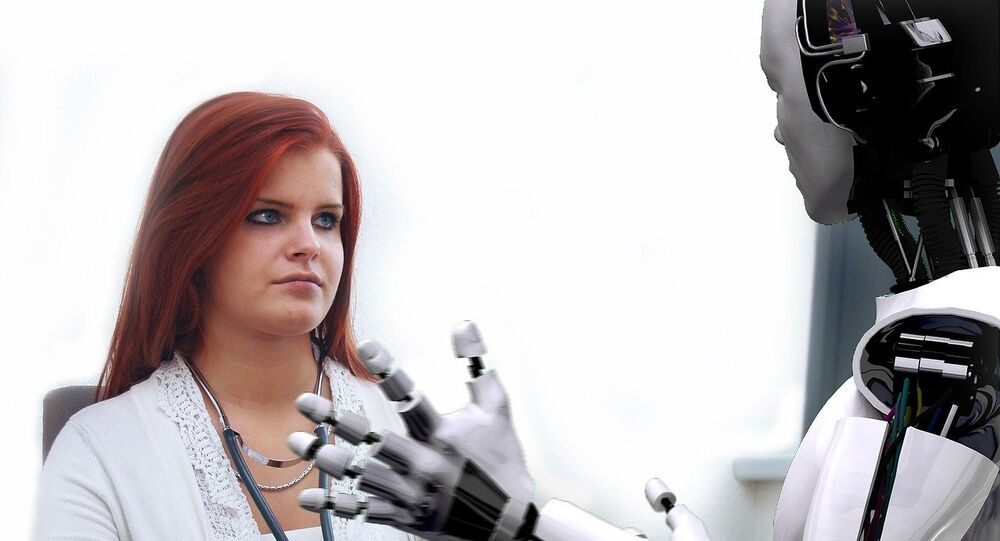 Hospital operating theatres could one day be manned by robots supervised by surgeons after scientists developed a Smart Tissue Autonomous Robot, STAR, to stitch together soft tissues.

Surgeons and scientists from Sheikh Zayed Institute for Pediatric Surgical Innovation at the Children's National Health System found that STAR did pretty well performing surgery on fake tissue — but when it came to operating on living tissue from pigs, its technique was more impressive.

The paper published in Science Transitional Medicine reveals that in one instance, the STAR robot actually carried out a better, more accurate job that its human counterpart, shedding new light on the future of robotic surgery. STAR was able to capably connect sections of pig intestines.

The STAR robot's technique is to light up the area to be operated on with near-infrared fluorescence and create a 3D model of the image using several cameras with different viewpoints.

Soft tissues support the body's tendon, ligaments, skin, muscles, membranes, blood vessels and nerves. The technology takes away the need for a surgeon to operate the procedure — instead utilizing them as a supervisor.

A robotic surgeon has carried out an operation almost unaided https://t.co/hbVKYGOeWY (by me) pic.twitter.com/pJHlsom0p5

However surgeons need not worry that their role in the operating theater is becoming obsolete, Dr Kim says:

"The intent of this demonstration is not to replace surgeons, but to expand human capacity and capability through enhanced vision, dexterity and complementary machine intelligence for improved surgical outcomes."

STAR surgery may be good — but it's not as quick as the human hand.

The robot took 35 minutes to carry out one procedure, versus eight minutes by a surgeon, suggesting there's still space for both to operate in theater for the time being.

Russian Nanotech for Cancer Diagnosis to Begin Trials in 2018