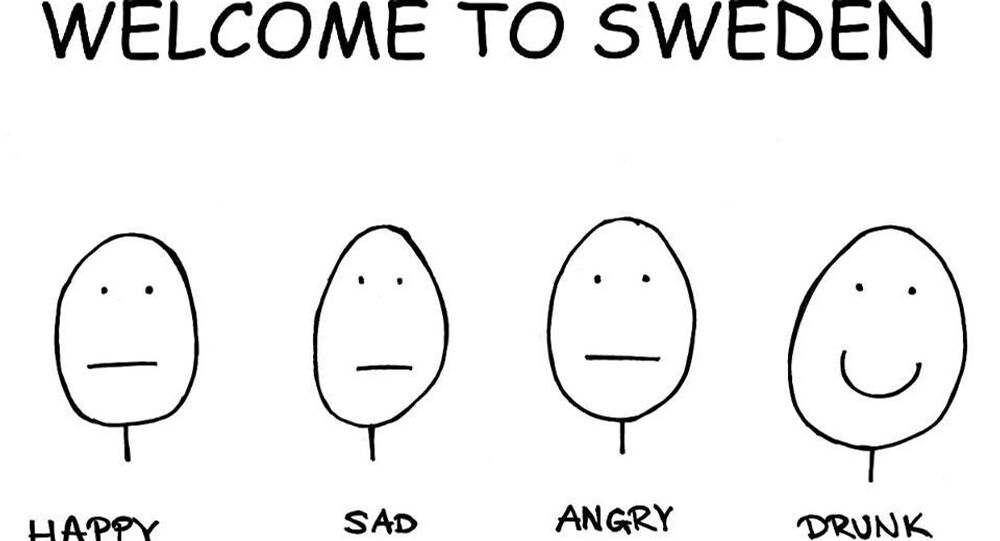 The Scandinavians have quite a reputation for being taciturn, cold and terse, and foreigners may find themselves struggling to understand the locals' response or adapt themselves to life in the Nordic countries.

Julien S. Bourrelle, author of a new comic book designed to help foreigners and refugees settle into life in the Nordic countries, hopes to provide some of the newcomers with a handy solution in a humorous and amusing way.

According to Bourrelle, the recipe for being at ease in Scandinavia might be found in a series of simple cartoons put together in a new book designed to help Sweden's growing international community, the news outlet Café reported.

The book is set for presentation on May 18 at Canada's embassy in Stockholm, yet the project's Facebook page has been causing a real commotion since the launch last week. The heavily comic-laded book provides tips on how you get to know Swedes and make friends or establish intimate relationships with them with minimal damage to both parties.

"Sweden has been accepting a lot of people from foreign countries from different backgrounds, including refugees. And I believe the book could be a very easy way to promote cultural understanding through humor," Bourrelle told the news outlet The Local.

© Photo : Youtube/ محمود بيطار Mahmoud Bitar
Sweden Launches Arabic Talk-Show Due to Popular Demand
According to Bourrelle, many foreigners coming to Scandinavia make a common mistake of misinterpreting the emotional feedback of Scandinavians by using their own cultural background, which he hopes to set straight with his witty cartoons reflecting and debunking the deep-rooted stereotypes.

Originally, Bourrelle hails from Canada, but has been living in Norway for some time. His last project, The Social Guidebook to Norway, turned out to be a bestseller and provided the author with some 70 percent of the material for the new book. Bourelle has never actually lived in Sweden, but has met many Swedes in Norway. The book was compiled owing to numerous trips to Sweden, during which the missing 30 percent were filled in.

© AP Photo / Gregorio Borgia
Nordic Intermission: More Refugees to Europe, Fewer to Sweden
Even though the differences between Norwegians and Swedes are undeniable, the two cultures seem very similar to a foreigner, which is why old material has been rehashed, he explained.

According to Bourrelle, he has mostly received positive feedback and has already amassed hundreds of pre-orders.

Bourrelle is also adamant that it is immigrants and expats, rather than Swedes, who should be adapting their behavior as the Nordic country becomes increasingly international.

"Foreigners should behave in a way that does not conflict with the local norms. I have lived in six countries in my life and every time I have adapted and fully integrated," he said.