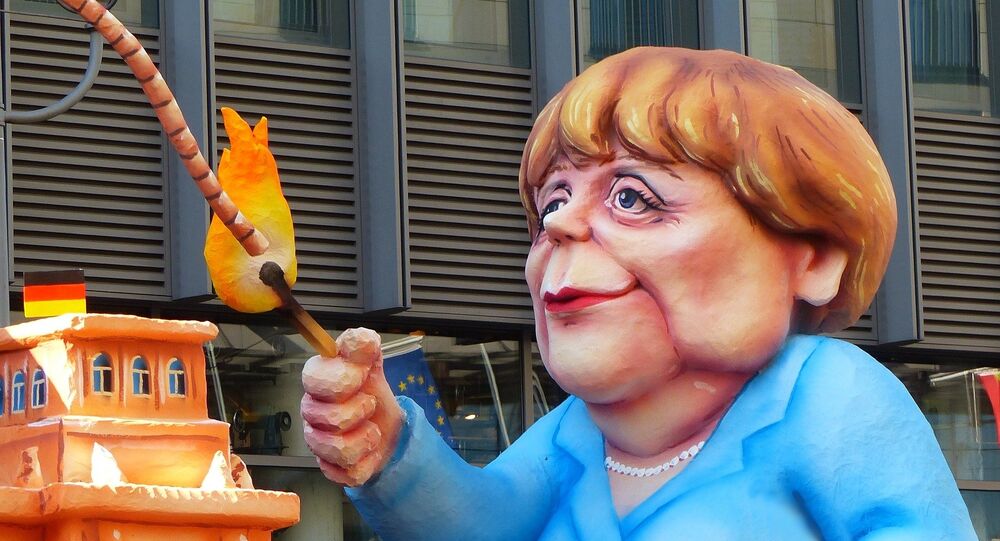 The other party in her coalition government, the center-left Social Democrats (SPD), slumped to just 20 percent — a far cry from the 33 percent it enjoyed in 2005 and its lowest rating since 1997, according to the 'DeutschlandTrend' surveys, usually conducted for the ARD on Sundays.

Merkel has come in for severe criticism at home over her open doors policy to refugees, which initially brought her plaudits. However, the sheer volume of migrants arriving in German has caused major strains in many German states, with asylum seekers creating a burden on local authorities. More than 1.1 million entered Germany in 2015 alone.

Merkel's falling popularity has been accelerated by her isolating Germany within Europe. Her plans to relocate refugees across all 28 member states according to a mandatory quota system have met huge opposition — particularly from Central European states.

However, the deal she brokered with Turkish Prime Minister Ahmet Davutoglu to return "irregular" migrants from Greece to Turkey in return for one Syrian being relocated from Turkey to an EU member state has drawn sever criticism at home. The deal is contingent on accelerating Turkey's accession to the EU and visa-free access for its citizens to the EU from June 2016.

Only 33 percent of those surveyed said they favored visa-free entry to Europe for Turkish citizens. Only 38 percent endorsed the deal, designed to redistribute asylum-seekers stuck in Greece across the European Union.

Her calls for a pan-European response to the crisis — keeping open the border inside the Schengen zone — have been ignored as country after country closed their borders.

Merkel has refused to bend for calls to cap the total number of refugees Germany will take this year, causing anger in Bavaria, where CSU Party leader and minister President Horst Seehofer has had to deal with the flood of migrants coming over the border from Austria. Following the CDU/CSU Union's poor performance in this week's regional elections, Seehofer said: "We should tell people that we get it and that we will draw the consequences from this election result."