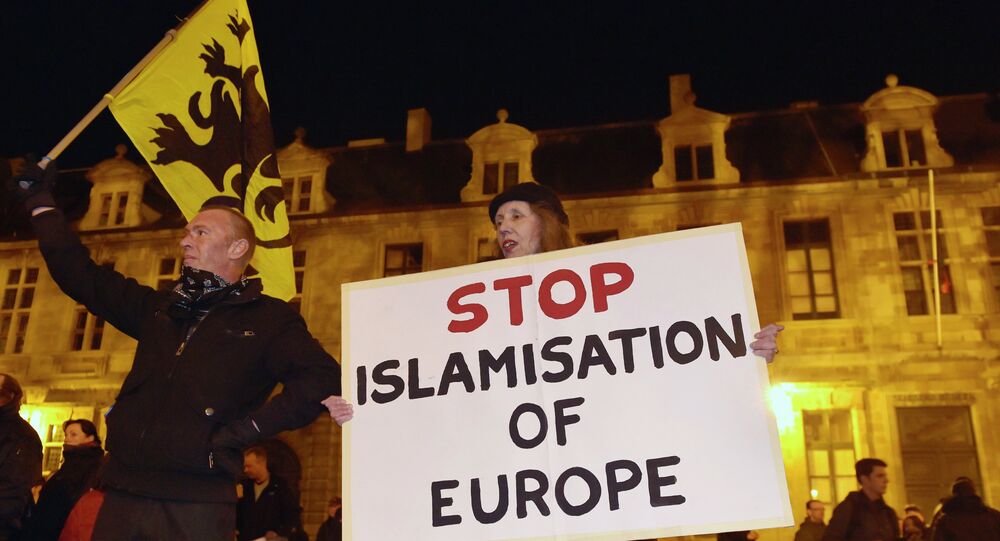 Slightly over 46 percent of Germans are concerned about the country’s perceived "Islamization," a fresh poll published Thursday has found.

BERLIN (Sputnik) — The survey, commissioned by German newspaper Bild, showed that 38.6 percent did not fear a rise of Islam in Germany, with 15 percent giving no answer.

© AP Photo / Caroline Pankert
Germany's AfD Supports Ban on Foreign Funding of Mosques
The same poll found that 60 percent of Germans sampled claimed they did not perceive Islam as part of Germany’s cultural identity, while 22 percent said it was.

When discussing what role Muslims played in Germany, 49 percent of respondents said they were an integral part of the society, with almost 29 percent claiming they were not.

The opinion poll was conducted by the national pollster INSA on April 22-25. It sampled more than 2,000 Germans across the country.